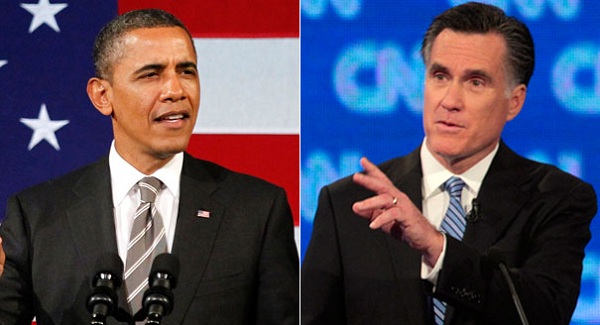 According to the latest Rasmussen Presidential daily tracking poll.

The Rasmussen Reports daily Presidential Tracking Poll for Friday shows Mitt Romney attracting 49% of the vote, while President Obama earns support from 44%. Three percent (3%) prefer some other candidate, and four percent (4%) are undecided.

The numbers are similar to the 49% to 43% advantage Romney enjoys on the question of who is trusted more to handle the economy.

Romney’s five-point advantage is the largest enjoyed by either candidate in just over a month. As with any such change in the race, it remains to be seen whether it marks a lasting shift or is merely statistical noise.

The president’s support has been at either 43% or 44% for six straight days. See tracking history.

Rasmussen Polling is always seen to be GOP biased by about 3 or 4 points so this latest result may be significant.

But, the main result is that the incumbent President Obama is NOT leading Romney by 5 points like he did the presumptive GOP nominee, John McCain in 2008.

So, despite the lumps that Romney has taken in the past few days over his remarks in England, Mitt Romney is still very much in this race.