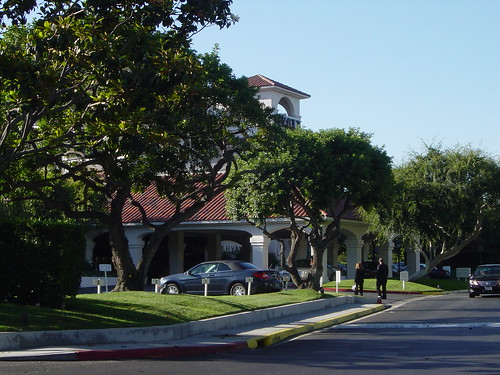 Don’t let the tranquil, bucolic scene of the Hyatt Westlake Plaza Hotel lull anyone into a sense of political complaceny because this was the entrance to the Tony Strickland California State Senate fundraising event featuring former Massachusetts Governor Mitt Romney. The street directly East, Westlake Boulevard was another story and where the real action was. 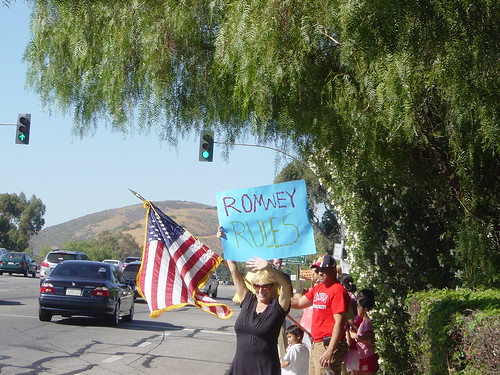 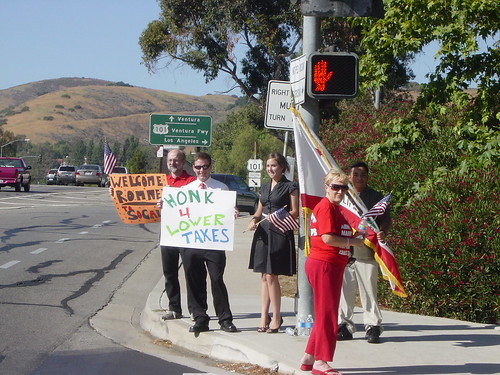 The Republicans showed up first and had the streets to themselves for a good hour before the Democrat protesters supporting rival candidate Hannah-Beth Jackson showed up. In fact, it was so quiet that Flap walked down to the back side entrance of the hotel and waited for California Assemblywoman Audra Strickland (AD-37) and her husband, Tony, the former California Assemblyman for the 37th district, the candidate. They both must have slipped by Flap as did Mitt Romney for private photo taking sessions with their donors.

So, back out to the streets around the hotel to see if the rumored Democrat protesters had arrived. They had. 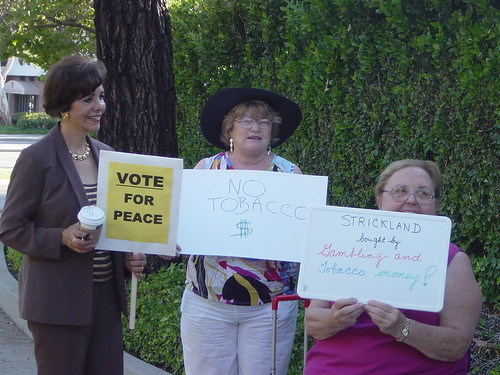 As Flap turned the corner and walked up north along Westlake Boulevard, the full force of Democrat protesters came into full view. 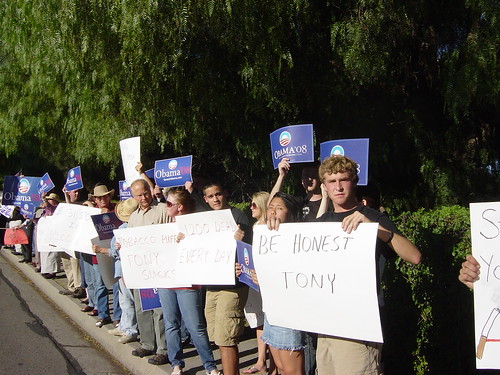 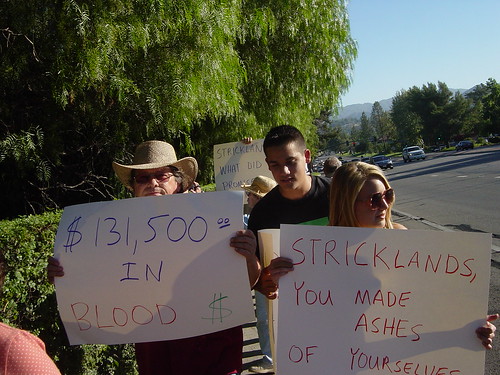 And, then the GOP supporters of Tony Strickland – all along the same street with NO separation. Note the hedge away from the street. 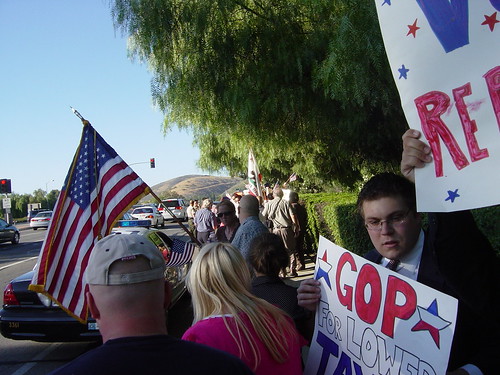 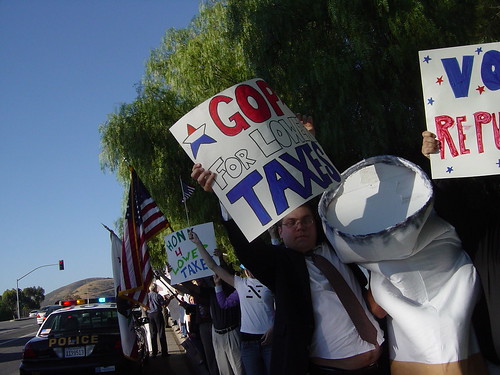 In this last photo see the intermingling of the protesters. Will this spell trouble? You bet.

Two Democrat protesters accused the Chief of Staff of California Assemblywoman Audra Strickland, Joel Angeles of pushing them into the hedge. One of the female victims had scratches on her right arm from the hedge. Ventura County Sheriff Deputies interviewed all parties.

A female officer told Flap that when push came to shove since the deputies did not see the incident and when informed that all parties would then be taken into custody, all decided to forgive and forget the matter- no prosecution. However, there allegedly exists one or more video tapes of the altercation. One supposedly was in the possession of the Ventura County Star newspaper and the other was taken from one of the protesters by an officer.

The officer told the tape donor that he could pick up the tape in a week or so and informed the male complaining pushee should he wish to pursue the matter in civil court that he could contact the Ventura County Sheriff for the tape.

Since none of the parties wished to citizen arrest each other or prosecute the matter the issue was closed – at least for now.

Later, Flap talked to Joel Angeles and he said he was bum-rushed by the Democrat protesters and he merely protected himself.

In the meantime, Tony Strickland, his dinner guests and Mitt Romney were enjoying a meal, and a speech while the grassroots politics was flowing or should one say pushing onto the streets of Thousand Oaks.

One last photo of a fellow who really did not know why he was dressed up as a cigarette butt except his mother asked him to do so. He thought smoking was bad and thus so was Tony Strickland. Flap gives you the BUTTHEAD. 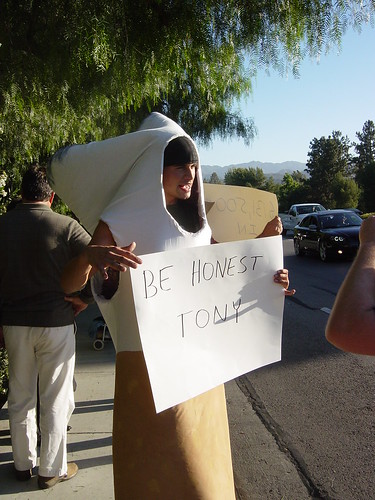 Perhaps Flap should have reminded this young man that Tony Strickland’s opponent Democrat Hannah-Beth Jackson has INDIRECTLY accepted tobacco company campaign contributions. But, there was enough angst in the crowd,so Flap headed back to the confines of the hotel and then home to watch the Lakers lose.

Flap’s Flickr Photostream of the fundraiser and street protests is here.

Flap will process his video and get it up on You Tube sometime tomorrow morning.

6 thoughts on “Tony Strickland Watch: Taking it to the Streets – Politics That Is”