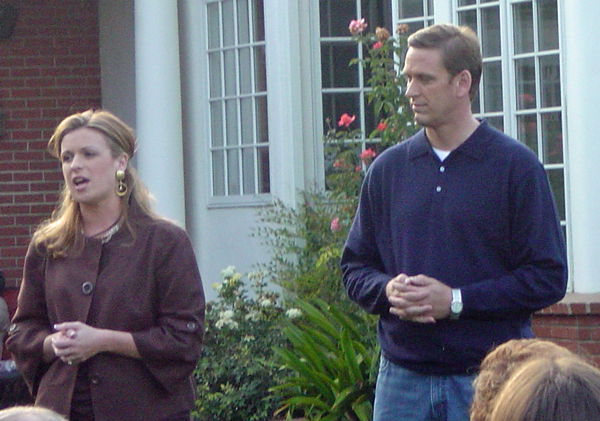 The election is finally over and it sends both Audra and Tony Strickland back to Sacramento.

Less than an eyelash short of an upset marathon victory. Hannah-Beth Jackson reluctantly conceded defeat in the race for the 19th state senate district seat, more than three weeks after Election Day.

“We really thought we could win this,” Jackson told me as she took a break from fixing Thanksgiving dinner for 10. “But I’m going to try to stay involved. I really feel like I have something to offer.”

The Democrat’s loss means that Republican Tony Strickland will be on hand in Sacramento next week to take the oath of office with other newly elected state lawmakers. In the Legislature, Strickland will join his wife, Audra, who represents Ventura County in the 37th Assembly district, in forming one of the Capitol’s new power couples.

Congrats to Team Strickland for a hard fought campaign in a dramatically Democrat year.
Previous: