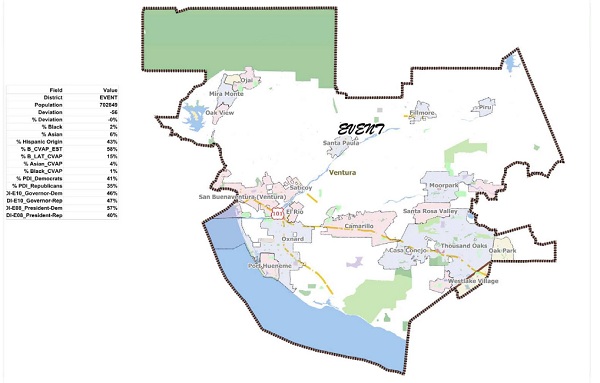 Visualization from Redistricting Partners
Apparently so.

Not a good series of maps for long term GOP Representative Elton Gallegly since it appears his home in Simi Valley is outside the district.

The earlier first draft Congressional map had Simi Valley and Moorpark outside the district. It looks like the California Citizen’s Committee has decided on a compromise with allowing Moorpark in and placing Simi Valley into a primarily Los Angeles County District.

Here is the Demographic breakdown of the new Ventura County Congressional District: 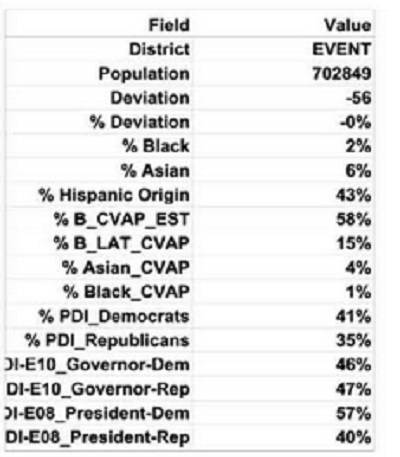 The newly drawn Congressional District is not the final one and the Commission has until August to draw final maps. There will be likely challenges after the Commission finishes its work. But, for now, Representative Gallegly would either have to move a few miles to Moorpark or Thousand Oaks or retire. He could off course, stay where he is and run in the new West San Fernando Valley/Santa Clarita Valley District which is now represented by long time GOP Rep. Buck McKeon.

This is, of course, what will happen if the map is not redrawn again in its final adoption by the Commission.