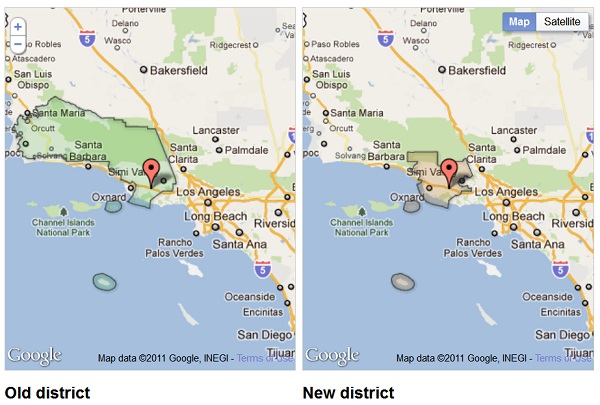 
Republicans backing a voter referendum to overturn California’s new congressional maps are on the verge of dropping the effort, sources say.

I have known Rep. Elton Gallegly for almost 30 years. While I have not discussed his re-election propsects with him, I do know that he is doing campaign events and recently moved his Congressional office from Westlake Village to Camarillo.

I say Gallegly is running, despite the referendum (which I understand the campaign for which is NOT actively gathering signatures). There is NO groomed successor and Elton is quite aware that there would be a split in the Ventura County GOP, if he retires at this time. He does not want such a split to be his legacy.

Elton is also aware that Democrat Rep. Brad Sherman WILL run in CA-26, if Elton retires, since Sherman has represented some of the Congressional District previously. The GOP would be quite content to have Sherman and Howard Berman face off against each other in a San Fernando Valley centric Congressional District.

So, sorry to California State Senator Tony Strickland and Ventura County Supervisor Linda Parks. If you want CA-26, you will have to beat Elton and his $800K bank roll.

Here is Timm Herdt’s analysis of the race.

Here are the demographics of the new CA-26 Congressional District.

And, how the CA-26 performed in previous elections. 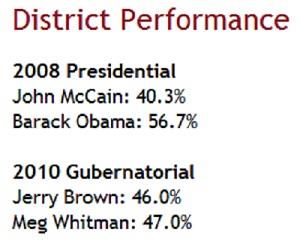 I have to agree with Republican political operative and consultant Rob Stutzman.

Since 1992, Republican voter registration has fallen by 8 percent. Recently released Field Poll data make the point even clearer. At the same time, our party message is not resonating with younger voters as the GOP is a graying electorate. More than half of current California Republican voters are over the age of 50, up from 40 percent in 1992.

Republican registration in the Latino community has nearly stagnated since 1992, growing only one percent at a time when the state’s Hispanic voters doubled during that time from 10 percent to 22 percent.

In a state that has dipped to only 31 percent GOP registration, providing more opportunities to be competitive is a positive development. We have been slowly withering to a darker shade of blue here, but shedding the gerrymander of the past decade gives us the chance to adapt and learn to win again.

The California Congressional redistricting is probably as fair as you are going to achieve vis a vis population and federal voting rights demographics.

I understand that, although a referendum has been approved for signature circulation to overturn the California Citizen Redistricting Commission’s Congressional District plan that no actual signatures are being solicited.

Yes, there will be few long time GOP Congressmen who will be forced either into retirement or to run in districts where there will actually be a contested race.

Isn’t that why we have elections?

California Republicans will be far better to accept the California Citizen Redistricting Commission’s and use any money raised for the referendum in party building activities.