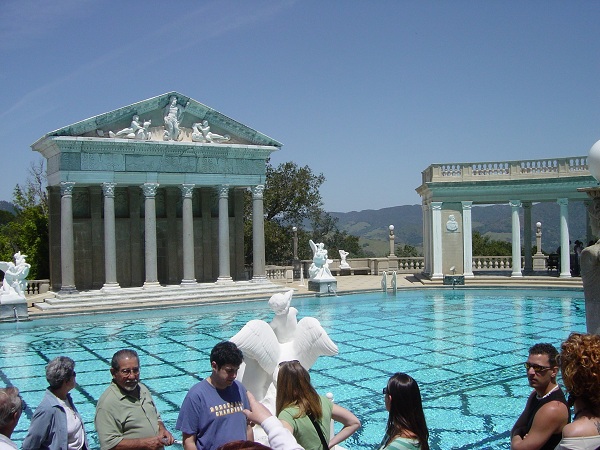 You betcha, former California Superintendent of Public Instruction Jack O’Connell owes the State of California some serious coin. And, he should pay up.

While nearly 70 of California’s state parks fought to escape closure from budget cuts, the crown jewel of the park system – Hearst Castle – waived $611,000 in private event fees over the last decade for select individuals and organizations, including the politically connected.

Hearst Castle, the lavish 165-room estate on a San Simeon hill overlooking the Pacific coast and Highway 1, has been the venue of choice for 125 events since 2002, ranging from weddings to fundraisers, birthday bashes to cocktail parties.

Most of the excused events were hosted by local partnerships, but politics also played a role in deciding who had to pay full price and who didn’t, said Nick Franco, superintendent for the state Department of Parks and Recreation’s San Luis Obispo Coast District.

More than a fifth of the total – $124,450 – was waived for the birthday party of former state Superintendent of Public Instruction Jack O’Connell and a charity race led by Maria Shriver while she was California’s first lady. The race benefited an international nonprofit, Best Buddies.

Politics as usual where the POLS get a deal and everyone else would have to pay full price for the use of the State Park facility.

The state’s former schools superintendent got a significant discount, too. After leaving office in January 2011, O’Connell hosted a 60th birthday party on two nights, one in October and one in November, which typically would have cost $44,200 for the event permits alone. Hearst Castle did not require the longtime politician to pay the standard fee for two nights of bringing 55 anticipated guests to tour the facilities and swim in the famous Neptune Pool, followed by a reception, said Jim Allen, Hearst Castle’s marketing director.

“I honestly didn’t think about it that deeply,” Franco said. “If I think about it now, I certainly could have charged him that fee – whether or not he would’ve paid it, I don’t know.”

According to Franco, instead of directly paying the state park for his birthday party, O’Connell donated $10,000 to the nonprofit Friends of Hearst Castle – a cooperating association of the California Department of Parks and Recreation that supports the preservation of Hearst Castle and assists with community outreach and education. According to the nonprofit group’s tax forms, O’Connell also donated another $5,000 during the 2011 fiscal year.

O’Connell assumed he had paid full price to host the events, he said, and he wasn’t aware that his $10,000 check was considered a donation rather than a payment to the state park.

“I just sent what was requested,” O’Connell said. “I paid what was asked.”

Anyone want to bet that O’Connell’s donations were out of campaign funds?

Well, were they, Jack? 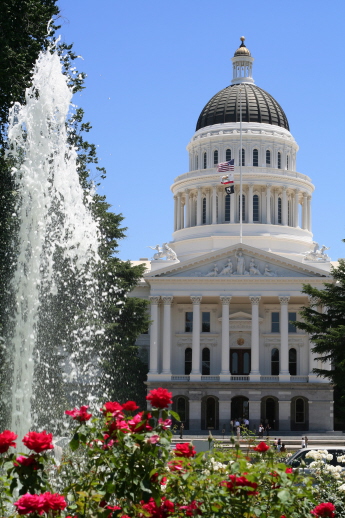 Watch out Californians, the California Legislature is back in session this morning after a month’s long summer hiatus.


The Legislature returns from a month-long summer recess this week with hundreds of bills, many of them highly controversial, still awaiting action before the Sept. 9 adjournment.

The recess itself was unusual, since in recent years the Legislature has remained in session through the summer due to budget stalemates. This year, with a budget – albeit a very shaky one – in place, the Capitol’s denizens can concentrate on bills.

That means renewing traditional end-of-session follies. Hundreds of lobbyists will battle over high- dollar issues, and legislators will cash in with fundraising events – an average of at least five every working day.

Fittingly, perhaps, the Legislature’s return coincides with the supposedly final vote of the new Citizens Redistricting Commission on legislative and congressional maps for the 2012 elections and beyond.

New maps mean some incumbents will be fighting for their political lives next year while others will be maneuvering to ascend the political food chain, thus making late-session campaign fundraising even more frantic than usual.

Late-session bills tend to be controversial and/or involve taking money from someone and giving it to someone else, which is fertile ground for political fundraising.

Plus, an added bonus today, with the above referenced California Citizen’s Redistricting Commission approving final legislative and congressional maps. The meeting starts at 9 AM.

For Some, Redistricting is Splitsville


Even with testimony from the public and formal guidelines written into law, California’s first-ever citizens redistricting effort has found no easy answers to the question, “What is a community?”

And so, in the statewide maps being certified Monday morning, some will see their communities split between political districts. Others will be lumped together with communities with which they think they have nothing in common.

The complexity and controversy of shaping political maps based, when possible, on community boundaries has been a dominant theme of the dozens of meetings and decisions made by the California Citizens Redistricting Commission.

On Monday morning’s edition of The California Report, we take a look at how some of those decisions have left some grumbling in different parts of the state, while commissioners believe the new maps reflect a thoughtful and careful deference to the needs of the public.


A member of the California Citizens Redistricting Commission believes that the commission broke the law, failed to uphold an open and transparent decision-making process and used political motives in drawing California’s new state and federal legislative districts, according to an exclusive, in-depth interview with CalWatchDog.com.

Life after politics for O’Connell


Former state superintendent of public instruction and longtime Ventura County lawmaker Jack O’Connell seems to be settling into life after politics. I visited him yesterday in his Sacramento office at School Innovations & Advocacy, the national education consulting firm where he serves as “chief education officer.”

Interesting for Jack saying he didn’t miss the zoo. For someone who taught continuation high school, for what less than two years, before sitting at a card table in a gerrymandered Democratic districts to win the first of many political jobs, he should not be so dismissive. Wouldn’t you think?

Have a wonderful morning!

This is not too much of a surprise. In a previous poll, it is apparent that California voters like Feinstein and prefer her over the rest of the Democrat field.

But will the DiFi run for Governor? She is 75 years old and is the new Chairwoman of the Senate Intelligence Committee. Jerry Brown is definitely running but can Feinstein who has always coveted the Governorship ignore these poll results?

Technorati Tags: Dianne Feinstein
In this television ad: California Superintendent of Schools Jack states” Our schools aren’t required to teach anything about marriage.”

The Yes on California Proposition 8 – Protect Traditional Marriage Committee has challenged California Superintendent of Schools Jack O’Connell to a “LIVE” and “TELEVISED”debate this weekend.

The Protectmarriage.com â€“ Yes on 8 campaign today challenged Superintendent of Public Instruction Jack Oâ€™Connell and the No on 8 campaign to a live, televised debate this weekend so voters can learn the truth about the issue of gay marriage being taught in California public schools.  The Yes on 8 Campaign, in a letter from Campaign Manager Frank Schubert to No on 8 Campaign Manager Steve Smith, said the more substantive forum will settle the issue once and for all and prove that gay marriage will be taught in public schools if Proposition 8 fails.

â€œThe No on Proposition 8 campaign has been airing television and radio ads featuring Jack Oâ€™Connell accusing us of running a â€˜shamefulâ€™ campaign,â€ said Ron Prentice, chairman of Protectmarriage.com â€“ Yes on 8. â€œThere is nothing shameful about telling the truth. This is the most critical issue of the campaign. Voters deserve an opportunity to hear for themselves what will happen, and indeed what is already happening, if we do not restore traditional marriage in California on Election Day. Given his strong statements, Iâ€™m sure Oâ€™Connell will have no problem accepting.â€

The deadline for acceptance by O’Connell is within the hour.

The ONLY reason Jack cut those television commercials is because he is termed out and wants to run for Governor in 2010. The Mayor of San Francisco, Gavin Newsom started the gay marriage push in California a few years ago and owns the San Francisco gay community support for his race for California Governor.

But, Newsom was ridiculed with an earlier television commercial and Jack thought he could obtain some collateral support from the gay community.

Today, Mayor Newsom is sponsoring another fundraising event for the No on 8 Committee and is barnstorming the greater San Francisco Bay Area.

Too much risk and NO reward for Jack.

Timm Herdt of the Ventura County Star seems to think the invitation is because the TV ad featuring O’Connell may be scoring points.

Timm has it wrong.

The more publicity Yes on 8 receives the better the measure will do. And, what better theater than to watch two liberal Democrat politicians (O’Connell and Newsom) flaunt their gay marriage cred to the highest homosexual lobby bidder.

Do you really think there is ANY chance O’Connell will debate?

California State Superintendent of Public Instruction Jack O’Connell voices his strong opposition to Prop 8 and the lies about the public education system.

But, you see Jack O’Connell wants to run for California Governor in 2010 and needs the support of the homosexual lobby to beat San Francisco Mayor Gavin Newsom and Attorney General Jerry Brown in a crowded Democrat primary election.

ProtectMarriage.com – Yes on 8 General Counsel Andrew P. Pugno has sent the following letter to the California State Board of Education and Superintendent Jack O’Connell:

Ah Jack, Flap knows you really don’t believe in this gay marriage crap but you will do what you have to do to get elected when you are facing being termed out of office.

But, please, stop the lying and deception. You are better than this.

Jack O’Connell gets a mention in today’s Dan Walter’s column.

Of course, Jack will test the waters burning Reed Hasting’s money but others also will:

So, who has the campaign resources to compete against high profile Jerry Brown?