The U.S. Supreme Court will decide whether California’s Proposition 8 marriage amendment is constitutional and whether the federal government can refuse to recognize gay couples’ marriages for tax purposes and other reasons, the court announced Friday.

Decisions in both cases, by the court’s practice, are expected by the end of June.

The questions of federal standing aside, the Supreme Court should make a definitive ruling – one way or the other.

Do the states have the right to decide their own marriage laws, or is there a federal right to a same sex marriage?

But, there are OUTS!

The SCOTUSblog live blog reports: “Prop. 8 is granted. So is Windsor. Those are the only two marriage cases granted.”

SCOTUSBlog’s live blog continues: “Prop. 8 is granted on the petition question — whether 14th Am. bars Calif. from defining marriage in traditional way.” No surprise there — except perhaps to Jeffrey Toobin. The Court then added a question of its own: “Whether the backers of Prop 8 have standing in the case under Art. III.” So the court may avoid ruling on the constitutionality of Prop 8 by saying that the case should not have been allowed to proceed in the first place — which I gather would mean that the lower court decisions are off the books, as there was no jurisdiction in the cases that would allow them to be decided.

Michael Ramirez has it exactly right with President Obama whoring himself out to the Hollywood Homosexual community for campaign cash.

Last week, Barack Obama finished “evolving” on same-sex marriage with his statement endorsing legalization.  Entirely coincidentally, that was just in time for a big Hollywood fundraiser at George Clooney’s mansion that raised $15 million for Team Obama’s coffers after reports of anger in the entertainment industry began to percolate in the media.

Pretty despicable conduct from the President which will bite him in the ass this November. 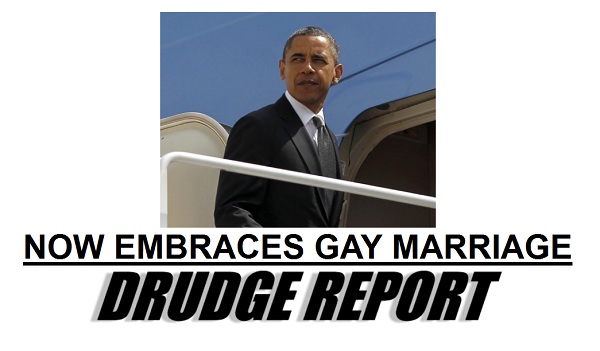 The decision was 2-1 by the Ninth Circuit Court of Appeal.

A federal appeals court on Tuesday declared California’s same-sex marriage ban to be unconstitutional, putting the bitterly contested, voter-approved law on track for likely consideration by the U.S. Supreme Court.

A three-judge panel of the 9th U.S. Circuit Court of Appeals ruled 2-1 that a lower court judge correctly interpreted the U.S. Constitution and Supreme Court precedents when he declared in 2010 that Proposition 8 was a violation of the civil rights of gays and lesbians.

It was unclear when gay marriages might resume in California. Lawyers for Proposition 8 sponsors and for the two couples who successfully sued to overturn the ban have repeatedly said they would consider appealing to a larger panel of the court and then the U.S. Supreme Court if they did not receive a favorable ruling from the 9th Circuit.

“Although the Constitution permits communities to enact most laws they believe to be desirable, it requires that there be at least a legitimate reason for the passage of a law that treats different classes of people differently. There was no such reason that Proposition 8 could have been enacted,” the ruling states.

The panel also said there was no evidence that former Chief U.S. Judge Vaughn Walker was biased and should have disclosed before he issued his decision that he was gay and in a long-term relationship with another man.

The ruling came more than a year after the appeals court heard arguments in the case.

Proposition 8 backers had asked the 9th Circuit to set aside Walker’s ruling on both constitutional grounds and because of the thorny issue of the judge’s personal life. It was the first instance of an American jurist’s sexual orientation being cited as grounds for overturning a court decision.

Walker publicly revealed he was gay after he retired. However, supporters of the gay marriage ban argued that he had been obliged to previously reveal if he wanted to marry his partner — like the gay couples who sued to overturn the ban.

Walker’s successor as the chief federal judge in Northern California, James Ware, rejected those claims, and the 9th Circuit held a hearing on the conflict-of-interest question in December.

California voters passed Proposition 8 with 52 percent of the vote in November 2008, five months after the state Supreme Court legalized same-sex marriage by striking down a pair of laws that had limited marriage to a man and a woman.

The ballot measure inserted the one man-one woman provision into the California Constitution, thereby overruling the court’s decision. It was the first such ban to take away marriage rights from same-sex couples after they had already secured them and its passage followed the most expensive campaign on a social issue in the nation’s history.

The Williams Institute on Sexual Orientation and the Law, a think tank based at the University of California, Los Angeles, has estimated that 18,000 couples tied the knot during the four-month window before Proposition 8 took effect. The California Supreme Court upheld those marriages, but ruled that voters had properly enacted the law.

Here is the decision:

Obviously, a stay in the order while the pro-Proposition 8 attorneys appeal the decision to either the full en banc Ninth Circuit Court of Appeals or directly to the United States Supreme court. This process either way will delay a final decision in the case for at least two years and possibly three.

There is also the probability that gay marriage advocates will go back to the ballot to overturn the voter approved Proposition 8.

More than likely by the Ninth Circuit Court of Appeals.

The 9th U.S. Circuit Court of Appeals is expected to release its opinion on the constitutionality of California’s voter-approved ban on same-sex marriage Tuesday morning.

The appeals court is deciding whether to uphold or reverse a federal judge’s 2010 ruling that Proposition 8, which was approved by voters in 2008, was unconstitutional. Regardless of the outcome, the decision is expected to be appealed to the United States Supreme Court.

The opinion will be posted online at 10 a.m, according to a press release from the court.

Judge Reinhardt and Judge Hawkins will probably vote to affirm Federal District Court Judge Vaughn Walker’s ruling that Proposition 8 is unconstitutional and that Walker did not need to recuse himself (obviously).

The decision will be stayed and the U.S. Supreme Court will take up the issue in the next term beginning in October 2012. 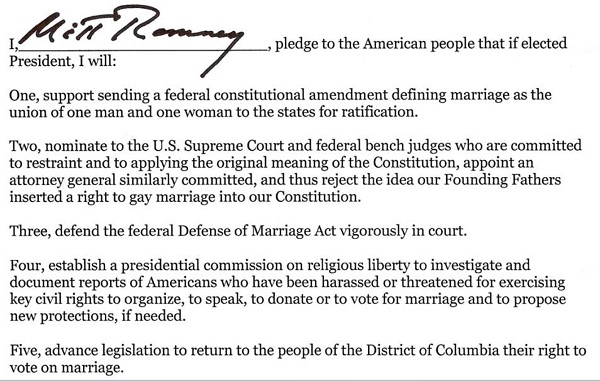 Not really a surprise since the LDS Church (Mormon) of which Mitt is a member was very much involved in California marriage issues with California’s Proposition 8.

But, it does set up a contrast with President Obama (if Romney receives the GOP nomination) who has reversed “Don’t Ask, Don’t Tell” in the military and who has said to be “evolving” on the Gay Marriage issue – whatever that means.

Watch the gay community pressure Obama to come out in favor of gay marriage, which if he does will ruin him with his African American and Hispanic political bases.

Mitt Romney gains here with the conservative southern GOP base and with GOP Evangelicals who believe marriage should be between one man and one woman.