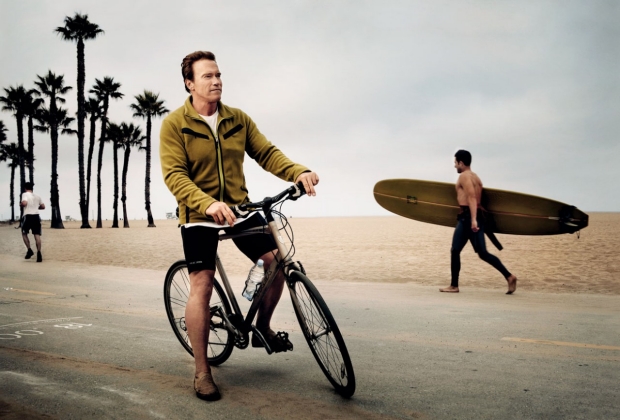 I have written about this before but the video above is a good summary of how Arnold muscled his way past his family and womanizing baggage.

Here is the link to more of the story.

The lesson Arnold learned over the years is simple. Keep your friends close and your enemies closer (by buying them). 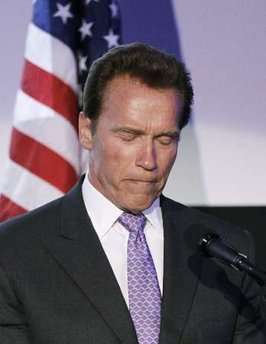 It is all all about Arnold.


Arnold Schwarzenegger is pulling no punches in his first formal interview since leaving office, claiming that the highest office in the state left him “addicted” to its power.

In a recent sit-down the former governor granted to the Austrian newspaper Krone, Schwarzenegger estimates that his seven years as governor cost him about $200 million – $70 million of that in lost movie roles.

Schwarzenegger also laments the fact that Hollywood salaries have dropped since he left the business.

He said his abysmal popularity rankings were “just a snapshot” and that “they would have rocketed to the top” had he not been forced out of office by term limits.

Arnold Schwarzenegger was inexperienced and did not grow in the office. He should have done Californians a favor and retired after his first term.

He was a very poor leader (finger in the wind) and an even worse Republican. He drove the California GOP into the ground.

California would have been better served by Democrat Governor Gray Davis who Schwarzenegger replaced in a recall election. At least, Gray Davis would have been termed out and an open election may have brought some worthwhile and experienced GOP candidates to the forefront.

And, he did a lousy job too.


Serving as California governor cost Arnold Schwarzenegger at least $200 million, the bodybuilding star turned actor and politician told a newspaper in his native Austria, insisting ‘it was more than worth it.”

Counting expenses and lost income from acting in Hollywood films, “in all it is probably more than $200 million,” he told Krone when asked how much his two terms in Sacramento had cost.

“What was much worse was the damage my time as governor did to the family. There is a lot there that needs to be repaired,” he said, recalling the many Sunday evenings when his wife, Maria, and children broke out in tears at his heavy work schedule.

His Governorship made me cry as well.

He ruined the California Republican Party Brand for at least a decade and California business for longer with his “green global warming” agenda.

After the disastrous California Governor Gray Davis and his recall some seven years ago, how could anything else go wrong?

Well, it did and Arnold Schwarzenegger was it – a colossal failure.


In his headier and hunkier days, Arnold Schwarzenegger spoke boldly about how “failure is not an option.” This kind of bravado worked well in the gym–and in a remarkable career that saw an inarticulate Austrian body-builder rise to the apex of Hollywood and California politics.

But Schwarzenegger’s soon-to-be-ended seven-year reign as California’s governor can be best described in just that one simple world: failure.

Arnold never was able to shake off the Hollywood persona and make believe. He has damaged California and the California Republican Party beyond belief.

Good bye Arnold and don’t let the door hit you in the ass as you leave – Hasta La Vista, Baby.