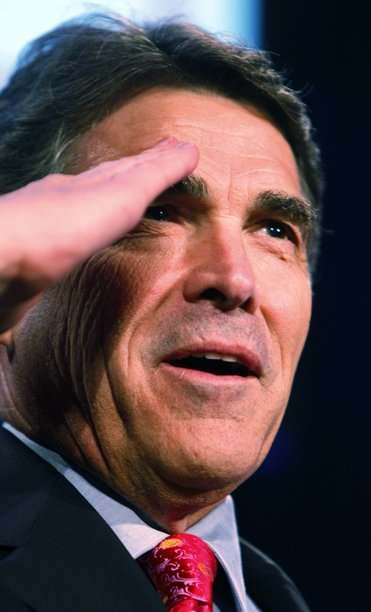 The GOP knives are now out for Rick Perry.

To a sizable slice of the Republican base, Rick Perry looks like the conservative, charismatic presidential candidate they have been waiting for in the 2012 campaign.

To many GOP elites, however, the Texan looks more like a general election flop in the making.

Few Republicans will say as much in public, for fear of offending the conservative grassroots or antagonizing Perry, a powerful official who’s known to hold a grudge. But in private, in some quarters of the party a sense of apprehension has set in about the prospect of another Texas governor’s candidacy.

Even operatives who believe Perry would bring significant assets to the 2012 campaign – his job-creation record among them – acknowledge that there are real doubts about whether a brash, Southern hard-liner like Perry can win votes in the crucial swing states needed to capture the White House.

Pennsylvania Republican Party Chairman Rob Gleason explained that Perry has a “ways to go” when it comes to introducing himself to a national audience – “especially the independents and more moderate Republicans.”

“Texas is really far from Pennsylvania, not just geographically. We don’t relate at all,” said Gleason, who urged Perry to “come and tell the people of Pennsylvania how he plans to create economic opportunity.”

I think if Mitt Romney can get past the early debates in fairly decent shape, then a Rick Perry candidacy can fizzle.

Perry will split votes with Michele Bachmann, unless Sarah Palin either runs or endorses him.

Having to run against Mitt Romney and Karl Rove looks like it will be an especially BRUTAL exercise – as this story amply demonstrates.

But, Perry will be OK against President Obama, who by April of next year may very well be toast.