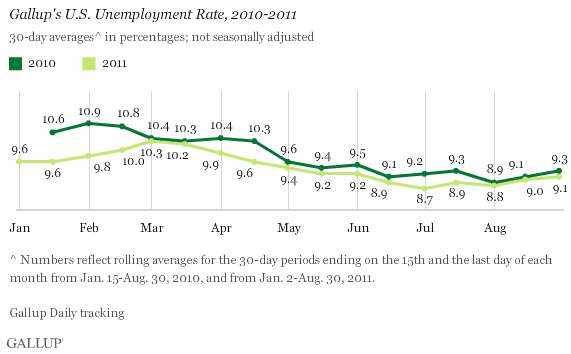 This data further confirm Gallup’s mid-month prediction that the August unemployment rate that the government will report Friday will be higher than the 9.1% it reported in July — barring another sizable decline in the U.S. workforce or an unusual seasonal adjustment. 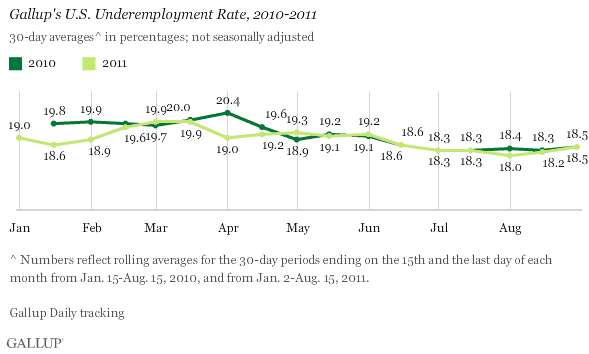 Remember no American President has been re-elected with an unemployment rate above 8 per cent, except for ronald Reagan where the trend was markedly toward more employment. Hence, this is why President Obama is giving a “JOBS” speech next Thursday.

While the dismal job situation is a negative for the economic outlook, unemployment is generally seen as a lagging indicator. Americans’ worries about potentially being laid off are much more of a leading indicator, and Americans are now worried about losing their jobs to the same degree they were in 2009. People are likely worried about their job situation both because their Economic Confidence is low, and because they fear their companies may be scaling back on hiring. When a large percentage of Americans are worried about their jobs, it does not bode well for consumer spending or the prospects for another recession.