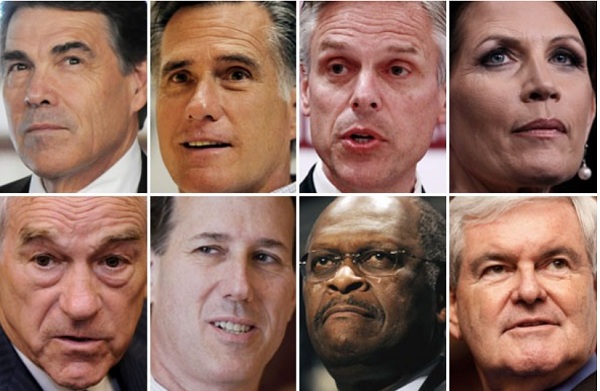 I watched the debate at home and tweeted my comments at the time. Here are my picks.

Rick Perry: For the first hour or so the Texas Governor did well for the new guy on the block. Perry appeared poised, well rehearsed and prepared. He quite readily mixed it up with Mitt Romney on job creation without getting too nasty. He stumbled during the second part of the debate on the climate change and social security. He is the front-runner in the polls and he did not hurt himself too badly to dislodge the conventional wisdom.

Mitt Romney: Mitt appeared relaxed and Presidential. In contrast to Perry, he appeared the more avuncular choice for President. He made no major gaffes and bettered Perry on illegal immigration and social security. I would not be surprised if he does not pick up a little in the polls after the debate. However, RomneyCare will continue to drag Mitt down.

Really all of the rest: The remaining field do not have the gravitas to be in this race. You can go away now.

Michele Bachmann: She started out of the gate well after the first debate and won the Ames, Iowa Straw Poll. But, where was she last night? She like the others in the field will probably continue in the race. But, why?

So, there you have it – a two candidate race: Rick Perry Vs. Mitt Romney.

Take your pick because there is probably not too much difference between either of them. They are both experienced, somewhat conservative Big Business type Republicans, who have some baggage and have flip-flopped on the issues over the years.

I say end the race, draw straws as to who will be President and team up to beat President Obama, who looks like the walking wounded at this point.