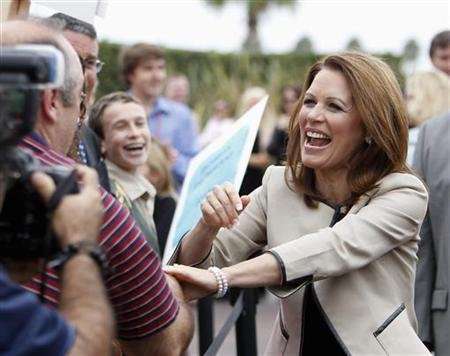 Michele Bachmann, struggling to regain her footing in the GOP presidential contest, Friday assailed rival Rick Perry, saying he abused his power as governor of Texas and rewarded political donors in a manner similar to President Obama.