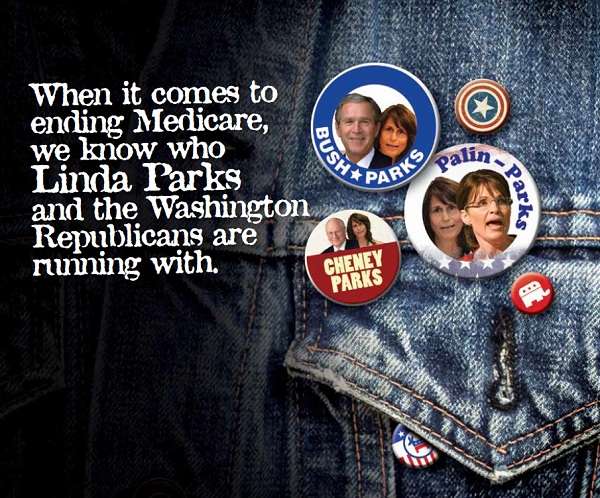 The chances of Ventura County Supervisor Linda Parks winning a top two spot in the June 5th California Primary election is not looking so good. Timm Herdt over at the Ventura County Star has the analysis.

Here’s what we know, based on information compiled by Political Data Inc. and Redistricting Partners: In the 26th Congressional District, 7 percent of the ballots sent to the district’s 151,515 permanent mail-in voters have already been returned. Of them, 40 percent have come from Democrats, 45 percent from Republicans and 11 percent from nonpartisans.

Although CA-26 has a plurality of registered Democrats, the preponderance of early returned ballots, speaks to more enthusiastic voting by Republicans. And, these Republicans, are probably NOT voting for Linda Parks (who changed her registration from Republican to No Party Preference at the beginning of this campaign).

Note, also the non-partisan or Declined to State returned mail ballots are ONLY at 11%.

Herdt says that Linda Parks must capture 35 per cent of the Republican and non-partisan vote, plus 22 per cent of Democratic votes in order to beat Democrat Assemblywoman Julia Brownley for second place. I don’t see how she gets there.

With the blistering Democratic direct mail attacks on Parks and the preference for GOP primary voters to vote for one of their own, Parks will likely come in a close third to Brownley.

Republican California State Senator Tony Strickland has run a very smart race. His low-key campaign, while raining tons of campaign cash for November has been the winning strategy.

Watch your mailbox for more Democratic attacks on Parks as Brownley closes out the campaign.