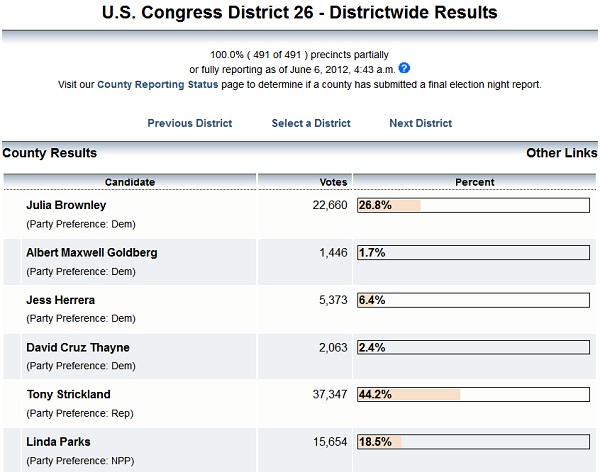 One thought on “CA-26: Tony Strickland and Julia Brownley to Face Off in November”