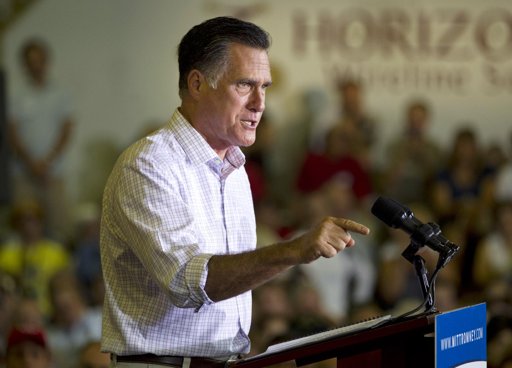 Mitt Romney is starting to show some fight and is striking back at what some in the media are calling President Obama’s Roanoke gaffe.

In an attempt to change the subject from his tax returns and his tenure at the helm of Bain Capital, Republican presidential candidate Mitt Romney intensified his own rhetoric on Tuesday and called President Obama’s recent comments about small business “insulting to every entrepreneur, every innovator in America.”

Romney was referring to Obama’s remark on Friday at a campaign event in Roanoke, Va., where he argued that successful businesses happened not only because of individual achievement, but because people utilized parts of the public system, such as teachers, the Internet, and roads and bridges. Obama said, “If you’ve got a business, you didn’t build that. Somebody else made that happen.”

While agreeing that government-paid employees and infrastructure are needed, Romney said that those services were not responsible for the success of new business.

“The taxpayers pay for government,” Romney said to applause from a fired-up crowd of several hundred people at a gas and oil equipment company. “It’s not like government just provides those to all of us and we say, ‘Oh thank you, Government, for doing those things.’ No, in fact we pay for them and we benefit from them and we appreciate the work that they do and the sacrifices that are done by people who work in government. But they did not build this business.”

Romney broadened his argument to suggest that Obama’s logic demeaned those who were trying to better themselves.

“People who reach to try and bring themselves up, the president would say, ‘Well you didn’t do that,’ ” Romney said. “You couldn’t have gotten to school without the roads the government built for you, and you couldn’t have gone to school without teachers, so you’re not responsible for that success.’ Look, President Obama attacks success and therefore under President Obama we have less success, and I will change that.”

I am positive that Romney’s political shop has told him to show some heat and some passion. President Obama threw open an opportunity and Romney is taking it.

Many conservatives are saying, it is about time.

Here is the video, embedded below: