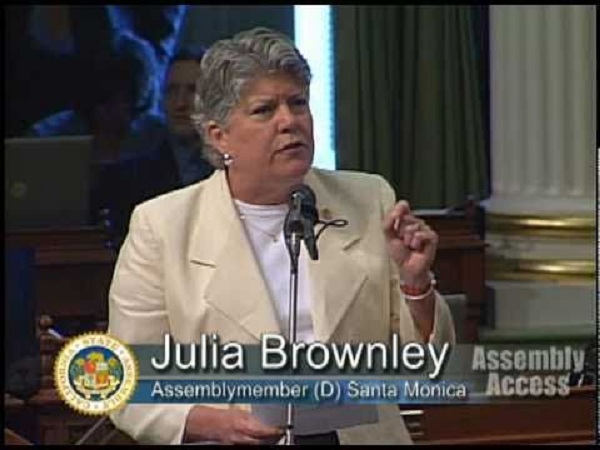 Timm Herdt over at the Ventura County Star has the FLAP – and what a specious and idiotic one it is.

Because separate $2,500 contributions from two New York bankers to Republican congressional candidate Tony Strickland apparently were initially declined by the bankers’ credit card companies, a dispute has arisen over their legality, leading Democrat Julia Brownley on Thursday to file a formal complaint with the Federal Elections Commission.

Brownley says the donations exceed allowable limits because contributions from Matt Doheny and David Hilty, executives with New York investment firms, were reported as received by Strickland on June 28, after California’s June 5 primary. That election whittled the field in the new 26th Congressional District to Strickland and Brownley.

How ridiculous with the California economy in the dumper, high unemployment and significant issues to be decided in foreign policy, health care and defense, OUT OF TOWNLEY Julia Brownley has staffers pouring over minutia in campaign finance reports.

I guess the OUT OF TOWNER and I say that since the California Assemblywoman Brownley moved from her Los Angeles County home in Santa Monica to Oak Park which is in the Congressional District 26 when she filed for election, has nothing better to do with her time but bitch and moan.

How about some issue discussion, Julia?

I mean better than your attack ads on television that try to paint California State Senator Tony Strickland as a “hater” of women.

It is specious and ludicrous complaints like this that dissuade people from the political process. People are tired of the BS.

Thanks to the commenter at the Ventura County Star with the moniker: “OUT OF TOWNLEY BROWNLEY.”

I am voting for a full-time Ventura County resident for Congress = Tony Strickland.