Former U.S. Rep. William Jefferson (D-La) (2nd L) walks with his wife, Dr. Andrea Green Jefferson (2nd R) as they arrive for his sentencing at the U.S. District Court for the Eastern District of Virginia in Alexandria, Virginia November 13, 2009. Jefferson, who was caught with $90,000 in cash in his freezer, was convicted on multiple charges of bribery and money laundering

William Jefferson was sentenced this afternoon to 13 years in prison.

You remember the case.

Former Louisiana Congressman William Jefferson, left, stands outside the Albert V. Bryan Courthouse with his wife, Andrea, after being convicted on 11 of 16 counts, Wednesday, Aug. 5, 2009, in Alexandria, Va.

This conviction was a long time coming for this Louisiana Democrat.


Former U.S. Rep. William Jefferson of Louisiana was convicted Wednesday on 11 of the 16 corruption charges against him in a case that included the discovery of $90,000 in his freezer.

Jefferson, a 62-year-old Democrat, was indicted by a federal grand jury on June 4, 2007, about two years after federal agents said they found the cash in his freezer. Authorities said the cash was part of a payment in marked bills from an FBI informant in a transaction captured on video.

Jefferson had pleaded not guilty. He faces a maximum possible sentence of 150 years in prison, with sentencing tentatively set for October 30.

After the verdict on the fifth day of jury deliberations, U.S. District Judge T.S. Ellis turned down a prosecution request for Jefferson to be taken into custody, ruling that he posed no flight risk.

The verdict showed that “no person, not even a congressman, is above the law,” said U.S. Attorney Dana Boente of the Eastern District of Virginia. Asked what might have turned the case in the prosecution’s favor, Boente said: “We always thought that a powerful piece of evidence in this case was $90,000 in a freezer.”

A stern-faced Jefferson emerged from the courthouse with his lawyer, Robert Trout, who said the verdict would be appealed.

Jefferson can appeal but it looks to Flap that he is going to federal prison after almost four years of legal wrangling after the cash was found in Jefferson’s freezer.

Interestingly enough, Jefferson was acquitted on the charge involving the $90,000 in frozen cash that purportedly was to be delivered to the Vice President of Nigeria.

However, the Harvard Law School graduate and the first African American Congressman from Louisiana since Reconstruction will be spending his retirement days pondering the frozen cash and what ruin plus shame it brought him and his family.

Anh ‘Joseph’ Cao, a Vietnamese-American, speaks to a reporter as he campaigns in eastern New Orleans. Cao, a Republican, became the first Vietnamese-American in Congress in a predominantly black and heavily Democratic district, beating nine term Representative William Jefferson

Democrat Representative William Jefferson has been defeated tonight by a little known Republican for re-election to the House.

Voters in Louisiana ousted indicted Democratic Rep. William Jefferson on Saturday, instead electing a Republican attorney who will be the first Vietnamese-American in Congress.

Unofficial results showed Anh “Joseph” Cao denying Jefferson a 10th term. Republicans made an aggressive push to take the seat from the 61-year-old incumbent, who has pleaded not guilty to charges of bribery, laundering money and misusing his congressional office.

Cao, 41, won a predominantly black and heavily Democratic district that covers most of New Orleans.

A barrage of election-day automated telephone calls on Cao’s behalf flooded the district, including a pitch from the national Republican Party.

The national GOP ran ads citing Jefferson’s indictment for corruption and apparently they paid off. 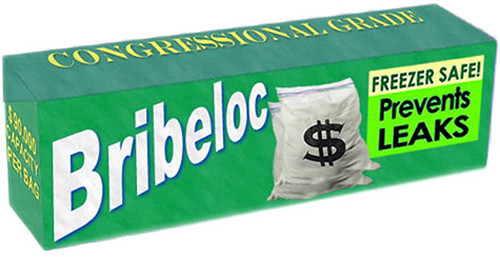 Now, Jefferson will have plenty of time to fight the charges in court when his trial eventually begins. No trial date has been set as of yet.

This corrupt idiot should have been kicked out of office years ago.

Looks like Congressman Jefferson is finally going to receive his day in court on the 16 count federal indictment.

A federal appeals court has upheld bribery charges against U.S. Rep. William Jefferson, clearing the way for a trial.

The Louisiana Democrat sought to dismiss the indictment, claiming that his constitutional rights were violated when the grand jury received evidence that violated legislative immunity.

The 4th U.S. Circuit Court of Appeals on Wednesday rejected Jefferson’s claims, ruling that prosecutors can pursue the case without making reference to constitutionally protected material.

A lower court judge previously refused to dismiss the indictment, saying Jefferson was trying to apply immunity so broadly that it would make it virtually impossible to ever charge a congressman with a crime.

Rep. William Jefferson (D-La) leaves U.S. District Court for the Eastern District of Virginia after arraignment proceedings against him in Alexandria, Virginia June 8, 2007

Despite his indictment and the cash found in his freezer Louisiana Congressman William Jefferson is running for re-election.

Rep. William Jefferson, D-New Orleans, announced Tuesday that he will seek re-election to a 10th term even as he faces a Dec. 2 political corruption trial that he called an “overly zealous” prosecution based on “false factual allegations.”

A 16-count federal indictment filed in June 2007 “has not prevented my delivering for our district and our state,” Jefferson said in a statement announcing his candidacy.

“My family and I have sworn a great oath to trust God and to fight on to vindicate ourselves and our good name,” Jefferson said. “This we will do. And, in none of it, will I or they sacrifice our continued strong commitment and effective delivery of the things our people need to recover from the storm and from a bad economy.”

After details of the federal investigation of Jefferson became public after a raid of his congressional office in May 2006, House Democrats stripped him of his position on the powerful House Ways and Means Committee.

He remains without a committee assignment in the 110th Congress, despite his surprisingly easy victory in a December 2006 runoff against state Rep. Karen Carter Peterson, D-New Orleans.

Some political analysts think Jefferson will have a harder time winning re-election this year, given that since his indictment the congressman’s brother and political adviser, Mose Jefferson, and sister Betsy Jefferson, the Orleans Parish 4th District assessor, were indicted on charges they conspired to loot more than $600,000 in taxpayer money from three charities they established to help inner-city youths.

Wow! What a family! They even steal from themselves.