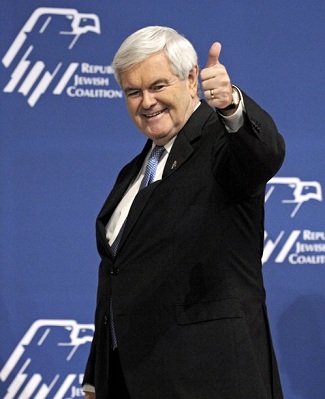 According to the latest CNN/Time/ORC Polls.

In New Hampshire, Mitt Romney continues to lead but Newt Gingrich has taken a commanding lead in the GOP Presidential primary race. Unless something happens and happens dramtically and quick, it looks like Newt Gingrich WILL BE the Republican Nominee.

I will hold to my belief there will be a draft movement for another candidate. But with such a commanding lead and if it is sustained, in later, other polls, it will be difficult to turn the tide away from Gingrich.