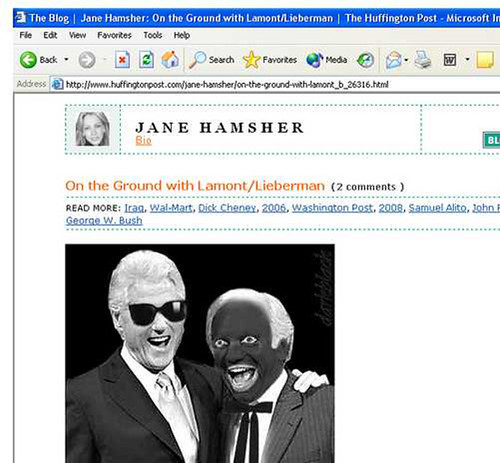 The latest smear against Sarah Palin is reminiscent of Left-Wing Jane Hamsher’s smear of Joe Lieberman in 2006.

Tons of readers are sending the latest, most pathetic smear against Gov. Sarah Palin.

It is laughable beyond belief.

One â€œCharley Jamesâ€ accuses Palin of exclaiming the following after Obama defeated Hillary:

Read the entire â€œinvestigative reportâ€ here, which comes off like a really, really bad Onion parody.

A laughable, unsubstantiated claim but one that has to be answered as bull shit.

And, there will be many claims which will continue to come until election day.