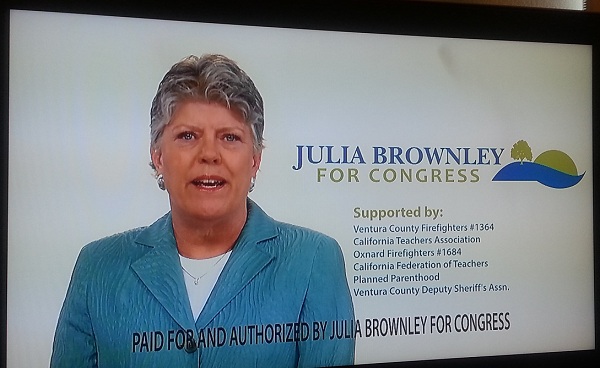 I noticed the ad first this morning on Chuck Todd’s political show on MSNBC. And, it has since repeated.

The ad looks much like the generic, “get to know who I am ad”, which highlights that she is supported by public employee unions and abortion providers – pretty typical stuff for California Democrats.

The video has not been posted up on You Tube yet, but I suppose the campaign is just behind. I will post it in an update, when it arrives.

The ad buy was fairly modest and there were two:

You can check out the ad buys for yourself, since they are public. Here is the link to Time Warner Cable which has the vast majority of the Cable TV action here in Ventura County.