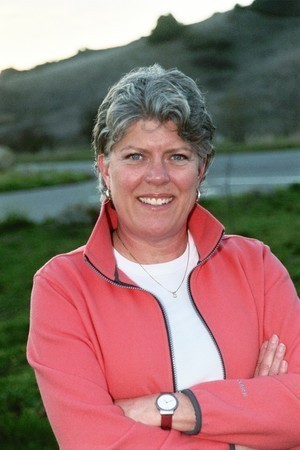 I am pro-life but like and supported Rudy Giuliani in 2008. You don’t always agree with a POL on all issues.

As other Republican contenders did before him, Texas Gov. Rick Perry signed the Susan B. Anthony List’s antiabortion pledge. That pledge includes this: “Select pro-life appointees for relevant Cabinet and Executive Branch positions, in particular the head of National Institutes of Health, the Department of Justice, and the Department of Health & Human Services.” This would exclude people such as Rudy Giuliani as attorney general. That might be fine for some Republicans, but Perry endorsed Giuliani for president in 2008. Good enough for the Oval Office but not the Justice Department? I asked the Perry campaign to explain but no answer was forthcoming.

What say you Governor?

Undercover phone calls released today show Planned Parenthood of Indiana clinics admitting that they are not the only source of women’s health care for women on Medicaid. Planned Parenthood and its supporters have recently argued in support of restoring their Medicaid funding in Indiana that poor women will lose access to vital health care services if they cannot go to Planned Parenthood. Live Action, the group that recorded the calls, says its footage shows the reality is quite the opposite.

“Indiana has become Ground Zero in the national battle to defund Planned Parenthood, the biggest abortion business in America,” states Live Action President Lila Rose. “As more and more states, most recently Wisconsin and Texas, continue to defund the abortion giant of millions of dollars, Planned Parenthood wants us to believe they are the only game in town when it comes to providing care for Medicaid patients. In reality, their own staff admit that they aren’t the only option for women in need.”

Planned Parenthood, America’s largest abortion provider has been skating by for decades under the disguise that they are frontline providers of healthcare for poor women. Actually, they make their bread and butter on poor women abortions. And, the government has been subsidizing them in an end around the Hyde Amendment which outlaws public funding for abortion services.

What will be the impact in Indiana, if Planned Parenthood goes away from providing non-abortion related services? Not much…..

Even Indiana doctors agree that defunding Planned Parenthood in Indiana would have little to no effect on the care and services provided to Medicaid patients.

“If Planned Parenthood only sees 1% of Medicaid patients in the state, and that’s their statistic, it doesn’t seem like they are making a big imprint in the first place,” said Dr. Geoff Cly, at the Northeast Ob/GYN Women’s Health Group in Fort Wayne, IN. “I know in our group, we currently have capacity to see more patients and I’m sure many other groups could easily take care of the 1% that’s left if Planned Parenthood no longer took care of those patients.”

Yet, the Obama Administration is threatening to cut $ billions in low-income healthcare funds unless Indiana contracts with Planned Parenthood. 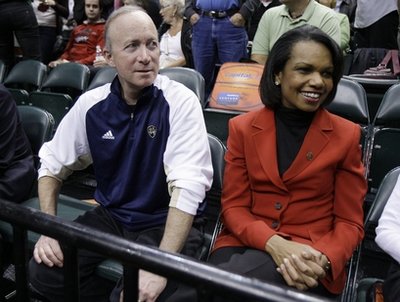 
The Indiana House of Representatives voted 66-32 on Wednesday to approve a controversial bill tightening the state’s abortion restrictions and cutting off funding to Planned Parenthood, which now awaits the signature of Gov. Mitch Daniels (R), a potential presidential candidate who has yet to comment publicly on the politically sensitive legislation.

Daniels has seven days to take action on the bill, and has three options once it arrives on his desk: 1) Sign the bill into law; 2) Veto the bill; 3) Do nothing, and allow the bill to become law after seven days without taking a stance.

Daniels’ decision on signing the bill will likely provide the clearest indication yet of which way he’s leaning on a presidential bid. If he signs it, Daniels can proudly tout two blockbuster legislative achievements — the abortion bill, along with his recently passed landmark education reform bill — and enter the Republican primary with two significant ideological victories under his belt, providing him an incredible running start in the slow-developing contest.

If he vetoes the bill, Daniels effectively confirms the suspicions of social conservatives who cringe at the idea of compromising on sensitive issues like abortion — and in doing so, provides the strongest indication yet that he’s putting state governance over presidential politics.

The legislation would introduce some of the nation’s strictest anti-abortion laws to the Hoosier State, including a provision that outlaws abortions performed after the fetus reaches 20 weeks — four weeks earlier than under current state law. Indiana would join Idaho, Kansas, Nebraska and Oklahoma as the only states that outlaw abortions after 20 weeks.

A potential sticking point for Daniels, however, is the recent inclusion of a provision that cuts off funding for Planned Parenthood, the non-profit agency that provides reproductive health services to millions of women, including many of the state’s Medicaid patients. Roughly half of Indiana births are covered by Medicaid, and Planned Parenthood’s 28 state offices performed more than 5,500 abortions last year alone. Here’s where it gets tricky for Daniels: due to federal statutes that prohibit states from selectively allocating funds to agencies that serve Medicaid recipients, the measure could cost Indiana millions of federal Medicaid dollars if it becomes law.

Yet despite internal Republican concerns over the Planned Parenthood provision, which was tacked on by the state Senate and approved by the bill’s author, state Rep. Eric Turner (R), the bill passed on Wednesday with only slightly less support than last month, when the original version was approved by a 72-23 vote. The fight is far from over, however, as Planned Parenthood has indicated that it will seek an immediate injunction if and when the bill becomes law.

The bill provides a unique opportunity for Daniels, who will announce his presidential decision after the legislative session ends on Friday, to prove his social bona fides in the eyes of conservative voters who have viewed him with suspicion since he famously called for a “truce” on social issues in order to address the country’s fiscal crisis.

My bet is that Daniels signs the bill AND runs for the Presidency.

Of course, if Daniels vetoes the bill, his Presidential days are over and as a political director for Ronald Reagan’s White House, he knows the political calculus in Iowa and South Carolina.

But, Mitch has been pro-life throughout his career, so he could sign the legislation and then not run for the White House anyway.

Stay tuned as a lot is happening in the GOP Presidential field in the next week.

The ante goes up as a Planned Parenthood Funding rider appears to be a stumbling block on a continuing resolution to avoid a government shut down tonight at midnight.

Democrats and Republicans can’t quite agree on what has been preventing them from cutting a budget deal — ideology (riders on abortion and Planned Parenthood) or, as House Speaker John Boehner contends, the amount of spending cuts proposed.

On a conference call this afternoon, the conservative anti-abortion-rights group, Susan B. Anthony List, criticized Senate Majority Leader Harry Reid (D-NV) for what they see as threatening a shutdown over funding Planned Parenthood.

“It is the height of unreasonableness for this president to single out Planned Parenthood,” said Marjorie Dannenfelser, president of the group. “Why is it reasonable to shut down the government in order to protect this one organization?”

Dannenfelser, a former staff director of the Congressional Pro-Life caucus, accused Planned Parenthood of running on “an abortion-center corporate model” that would funnel the $363 million in of Title X funding in question to increasing abortion services. Federal money is already not allowed to go toward funding abortions. Planned Parenthood notes that 95% of its services are non-abortion related health services, like cancer screenings and providing birth control.

The policy rider Republicans attached to the proposed budget deal would block Planned Parenthood from receiving those funds. Dismissing Democratic claims her group and like-minded Republican lawmakers are waging a war on women, Dannenfelser and Rep. Jim Jordan (R-OH) said the rider redirects the $363 million to one of the country’s other 1,700 federally qualified women’s healthcare providers.

Dannenfelser claimed Planned Parenthood only acts as a primary care provider for 19,000 of the 3 million female patients the organization sees each year and cutting their funding will not cause a reduction in women’s health services. Planned Parenthood says that’s not true. Saying “come on” in response to a reporter’s assertion that Planned Parenthood cannot use federal money to pay for abortion services, Jordan insisted the money they receive is “fungible” and said he believes most of those funds do help pay for abortions.

“For them to make that claim,” Jordan said, “it’s just common sense that money is fungible.”

I don’t mean to be cynical, but I think Speaker Boehner is using this rider to extract more cuts – as many as he can – and will sacrifice the issue (for now) in the end in order to avoid a government shut down.

Anyone want to bet though that they only partially fund Planned Parenthood?

The Democratic Party and Obama game plan has been “hide the ball” with regards to federal abortion funding and ObamaCare. They know it would never pass Congress since the American people do not favor it and they do not want to take the political heat/fallout.

But, their Far Left constituency demands free, unfettered abortion FOR ALL, since they know best.

In today’s internet world, isn’t it naive for Obama to think that he can “shell game” this issue?

Yes and another reason his Presidential approval ratings are in the dumpster.