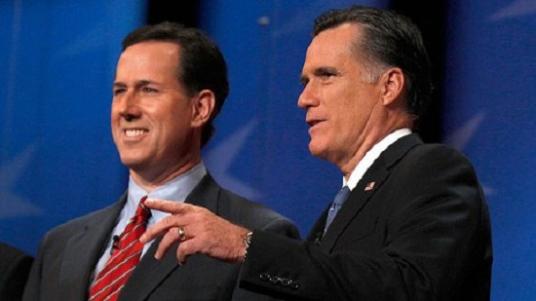 A couple of recent polls show a dead heat in Michigan.

The Republican race for President in Michigan has tightened considerably over the last week, with what was a 15 point lead for Rick Santorum down to 4. He leads with 37% to 33% for Mitt Romney, 15% for Ron Paul, and 10% for Newt Gingrich.

The tightening over the last week is much more a function of Romney gaining than Santorum falling. Santorum’s favorability spread of 67/23 has seen no change since our last poll, and his share of the vote has dropped only 2 points from 39% to 37%. Romney meanwhile has seen his net favorability improve 10 points from +10 (49/39) to +20 (55/35) and his vote share go from 24% to 33%.

What we’re seeing in Michigan is a very different story from Florida where Romney surged by effectively destroying his opponent’s image- here Romney’s gains have more to do with building himself up.

As I have said, if Mitt Romney were to lose Michigan, the state of his youth and family legacy, there will undoubtedly be another candidate who will jump into the race. If Romney wins Michigan by a point or two, then there may also be a challenge.

Rick Santorum and Newt Gingrich are not polling well in general election match-ups against President Obama. The GOP Establsihment will not stand by and let Santorum and/or Gingrich sink their 2012 prospects.

But, the new candidate will have to move quickly since election deadlines loom in early March.