Skip to content
Better brokered than losing with Mitt Romney.
Come on GOP POLS get out there and run….. 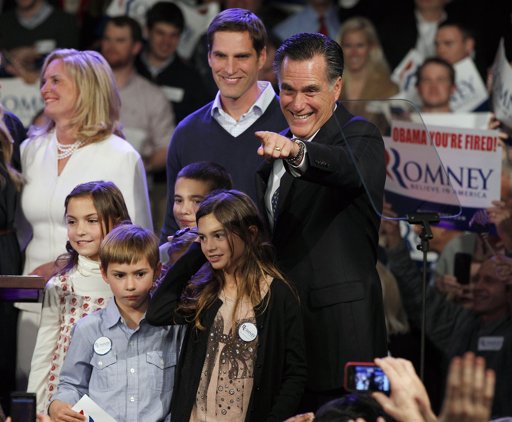 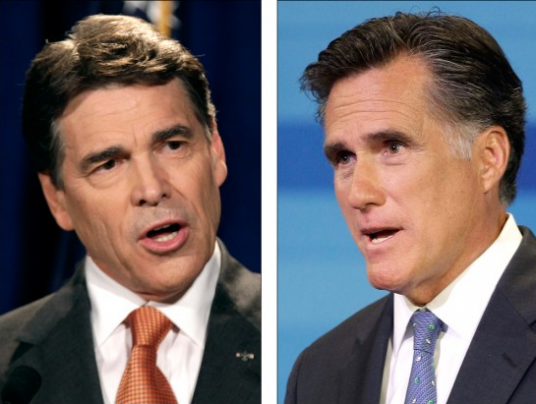 Jen Rubin has the news.


Right Turn has learned that, after several weeks of schedule adjustment, Mitt Romney will now appear at the candidate forum hosted by Sen. Jim DeMint in South Carolina. The Romney camp dismisses the suggestion that this is in response to Texas Gov. Rick Perry’s rise in the polls. Romney spokeswoman Andrea Saul tells me: “We’re pleased we were able to arrange our schedule so that Gov. Romney can attend Labor Day events in both New Hampshire and South Carolina.”

With Texas Governor Rick Perry swamping Mitt Romney in the polls, Romney had to make an appearance. Why, he did not previously committ in South Carolina is anyone’s guess?

Remember these two will face off with the rest of the field, including Michele Bachmann next Wednesday at the Reagan Presidential Library here in California. The debate will be televised on MSNBC at 8 PM Eastern.

Of course, there are conditions, but Senator DeMint has pretty much laid down the gauntlet or should I say litmus test for the GOP.

Plus, the South Carolina Senator has the PAC money to back it up.


Conservative firebrand Sen. Jim DeMint has a message to fellow Republicans in Congress: If you support increasing the debt ceiling without first passing a balanced budget amendment and massive across-the-board spending cuts, you’re gone — destined to be swept out of Congress by a wave of voter anger.

“Based on what I can see around the country,” DeMint, R-S.C., said in an interview for the ABC News Subway Series, “not only are those individuals gone, but I would suspect the Republican Party would be set back many years.

“It would be the most toxic vote,” DeMint said. “I can tell you if you look at the polls, Democrats, Republicans, Independents, they do not think we should increase the debt limit.”

DeMint is not just talking political analysis here. He has a significant fundraising base and has shown a willingness to use his campaign money to support or oppose fellow Republicans.

DeMint will use that political muscle to oppose fellow Republicans who don’t stand firm on the debt ceiling issue. He said he will not support any candidate for Congress — incumbent or challenger — who does not sign a pledge promising not to vote for a debt limit increase without first passing a balanced budget amendment, making deep spending cuts and putting strict limits on future government spending. The same rule applies to presidential candidates.

But, the GOP will have to be careful, because I can foresee the Obama Administration scapegoating the GOP when they refuse to pay out Social Security and military payroll checks when and if the debt limit ceiling crisis hits this summer.

There will be some deals made to avert a crisis, but the Democrats are lirking in the weeds to inflict maximum damage to the Republicans. 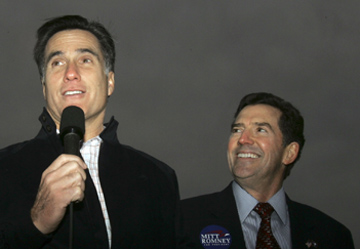 Well, Senator DeMint (R-South Carolina) did in 2008, but now there are conditions?

A source close to the conservative icon emphasized that, despite comments to The Hill indicating that Romney shouldn’t shoulder all the political blame for the Massachusetts healthcare plan, DeMint wouldn’t endorse Romney again unless he admits the plan was mistaken.

“It’s obvious Jim was just trying to be nice to the guy he backed over McCain, as many conservatives did in 2008,” the source said. “But he would never consider backing Romney again unless he admits that his Massachusetts healthcare plan was a colossal mistake.”

These quotes from an unnamed source came after the Washington Post’s Jennifer Rubin spanked DeMint in this piece this morning.


So has DeMint suddenly decided to make peace with the individual mandate? Perhaps, but that would be a monumental and abrupt shift in his thinking. No, this is pure, opportunistic politics. It’s the sort of thing DeMint normally decries, to the cheers of his base. But Romney backed DeMint and now DeMint is giving Romney cover.

That’s unsurprising in politics, but it’s a major problem for a pol who has carved his identity on principled opposition to nearly every compromise with the left. For DeMint to give Romney a pass on an individual mandate negotiated with the late Sen. Ted Kennedy is a high-risk proposition for DeMint.

His backers and the Republican base more generally are not going to buy the excuse DeMint has offered on RomneyCare. Romney is going to be savaged by the right, and from those very people who have given DeMint his base of support. So the question for DeMint is: Is he willing to risk his own conservative street cred to support a candidate who will be the target of his base’s ire?

And, also spanked by Phil Klein over at the American Spectator.


But beyond being ignorant, DeMint’s comments are dangerous. I’ve long argued that the Massachusetts health care plan is not only toxic to Mitt Romney’s presidential candidacy, but it could prove toxic to the entire Republican Party. If Romney is excused for crafting and signing the Massachusetts health care plan, it significantly undermines the case against ObamaCare and weakens the effort to repeal it. The reason is that opposition to ObamaCare will start to look increasingly political and less about principle. It’s true that a state mandate doesn’t raise the same Constitutional questions as the federal mandate, but it still is government forcing an individual to purchase a product. These comments are especially dangerous coming from DeMint, who is known as a leading conservative and ObamaCare opponent. Let’s hope it’s an isolated incident and not part of a broader trend.

Mitt Romney should NOT be the Republican Party’s Presidential nominee in 2012. RomneyCare and his numerous flip-flops over the decades make him untrustworthy and not worthy of my vote.

His nomination will undercut the repeal of ObamaCare which should be one of the GOP’s first priorities. ObamaCare will ruin American health care, bust the budget wide open and imperil America’s survival.

As far as Jim DeMint is concerned. He is an OPPORTUNISTIC POL not a Tea Party activist.

Remember how DeMint has promised Indiana Senator Richard Lugar he would not help fund a primary challenge to him in 2012. I mean, Lugar is clearly a RINO, who is old and votes way too left for the modern day GOP. But, DeMint will sit on his hands.

Remember when DeMint funded Chuck DeVore in California against a conservative Carly Fiorina when DeVore had absolutely NO chance of winning?

DeMint is a conservative Senator, but he is a POL like all of the rest and when he supports/endorses Romney, it will just be another example.

Probably a prudent savings in light of the massive salaries being paid to NPR and CPB executives and look at Sesame Street.

The statement from Senators Jim DeMint and Tom Coburn:

“Our nation is on the edge of bankruptcy and Congress must make some tough choices to rein in spending, but ending taxpayer subsidies of public broadcasting should be an easy decision,” said Sen. DeMint. “Americans struggling to make ends meet shouldn’t be forced to fund public broadcasting when there are already thousands of choices for educational and entertainment programming on the television, radio and web. President Obama’s own bipartisan debt commission proposed ending these unnecessary subsidies to public broadcasting. NPR boasts that it only gets 2 percent of their funding from taxpayers and PBS gets about 15 percent, so these programs should be able to find a way to stand on their own.”

“Politicians in Washington should focus their attention on eliminating the more than $200 billion in duplicative spending GAO highlighted this week and stop defending indefensible subsidies for public broadcasting,” said Dr. Coburn. “The federal government has no business picking winners and losers in today’s highly competitive media environment. NPR and CPB will do just fine without largesse from Washington.”

CPB was incorporated as a private nonprofit corporation under the authority of the Public Broadcasting Act of 1967, and its first taxpayer subsidy in 1969 was $5 million. Today, CPB is slated to receive $430 million from taxpayers in the current fiscal year and President Obama recently asked for an increase to $451 million.

According to the 2009 tax forms all nonprofits are required to file (990), PBS President Paula Kerger received $632,233 in compensation that year while NPR President Emeritus, Kevin Klose, received more than $1.2 million in compensation. The PBS program Sesame Street’s Sesame Workshop President and CEO Gary Knell received $956,513 — nearly a million dollars — in compensation in 2008. And, from 2003 to 2006, “Sesame Street” made more than $211 million from toy and consumer product sales.

In 2010, NPR accepted a controversial $1.8 million grant from the Open Society Foundation, backed by liberal financier George Soros, to hire 100 reporters. Additionally, NPR has an endowment of over $200 million.

List of federal funding for CPB over the years, provided by the Congressional Research Service:

Of course, it is doubtful Democrat Senate Majority Leader Harry Reid will take up the bill but as an amendment to a “money bill” is a definite possibility.