Read all of Mark Steyn’s excellent post on Hillary Clinton and Benghazi.

A couple of days later, it fell to the 45th president-in-waiting to encapsulate the ethos of the age in one deft sound bite: What difference does it make? Hillary Clinton’s instantly famous riposte at the Benghazi hearings is such a perfect distillation that it surely deserves to be the national motto of the United States. They should put it on Paul Krugman’s trillion-dollar coin, and in the presidential oath: “Do you solemnly swear to preserve, protect and defend the Constitution of the United States?” “Sure. What difference, at this point, does it make?” Well, it’s the difference between cool and reality – and, as Hillary’s confident reply appeared to suggest, and the delirious media reception of it confirmed, reality comes a poor second in the Obama era. The presumption of conservatives has always been that, one day, cold, dull reality would pierce the klieg-light sheen of Obama’s glamour. Indeed, that was the premise of Mitt Romney’s reductive presidential campaign. But, just as Beyoncé will always be way cooler than some no-name operatic soprano or a male voice choir, so Obama will always be cooler than a bunch of squaresville yawneroos boring on about jobs and debt and entitlement reform. Hillary’s cocksure sneer to Sen. Johnson of Wisconsin made it explicit. At a basic level, the “difference” is the difference between truth and falsity, but the subtext took it a stage further: no matter what actually happened that night in Benghazi, you poor sad loser Republicans will never succeed in imposing that reality and its consequences on this administration.

Well, he is according to Mark Steyn. Listen to Steyn in the embedded audio/video above and throughout half of the audio/video below.

What do you think?

And, Mark Steyn is not the only Newt Gingrich detractor.

These are my links and comments for  Sunday, October 30th: 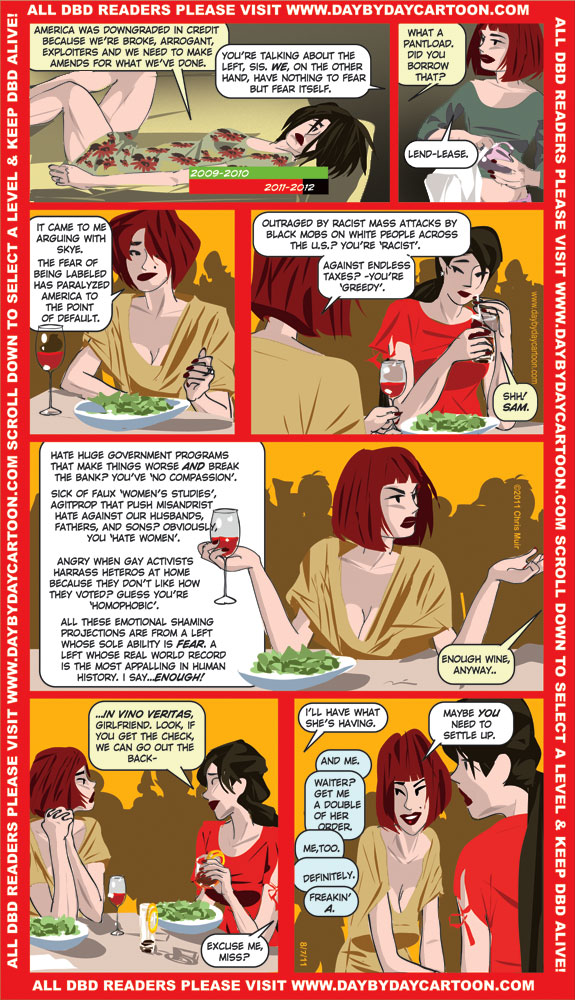 Chris, the problem is most Americans are tired of all of the BS and have withdrawn from the political process. Most voters mire than likely could not pass an American Civics test.

And, look what has happened. America is disappearing as we know it.

Tomorrow Mark Steyn’s new book will be available, After America: Get Ready for Armageddon. 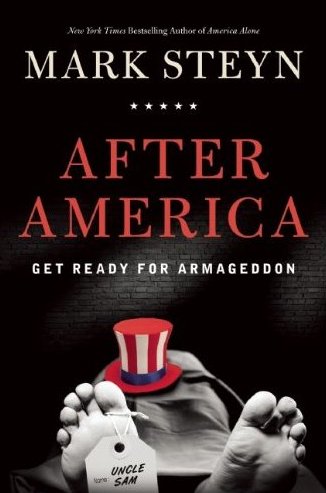 Buy the book, laugh and get ready for the future, if Americans don’t take back their country from the LEFT.

By the way, I am still in Las Vegas on vacation, won my first small poker tournament, ran about 12 miles today and will blog when I have the time.

I have friends arriving in Las Vegas tomorrow afternoon and the Epic Poker League Main Event starts Tuesday AM. So, regular blogging won’t occur until next week.

In this post, Mark Steyn talks about the austerity budgets in Europe and what may be coming very soon to the United States, if the Congress and President Obama do not get serious about government spending.


It seems reasonable to conclude from the planlessness and budgetlessness of the Obama/Reid Democrats that their only plan is to carry on spending without limit. Otherwise, someone somewhere would surely have written something down on a piece of paper by now. But no, apparently the Department of Writing Down Plans is the only federal expense the president is willing to cut. You begin to see why the Europeans are a little miffed. They’re passing austerity budgets so austere they’ve spawned an instant anti-austerity movement rioting in the street — and yet they’re still getting downgraded by the ratings agencies. In Washington, by contrast, the ruling party of the Brokest Nation in History has no spending plan other than to plan to spend even more — and nobody’s downgrading them.

In the debt-ridden treasuries of Europe, they’re talking “austerity.” In the debt-ridden treasury of Washington, they’re talking about more spending (Kathleen Sebelius is touting new women’s health programs to be made available “without cost.”) At the risk (in Samuel Johnson’s words) of settling the precedence between a louse and a flea, I think Europe’s political discourse is marginally less deranged than ours. The president is said to be “the adult in the room” because he is reported to be in favor of raising the age of Medicare eligibility from 65 to 67.

If something is not done soon, the financial markets will react for the Congress and the President.

It won’t be pretty and all the POLS will be able to do will be to try to blame the other side.

Why can’t they simply pass a short term compromise and have the great debate in 2012?

Or, does President Obama relish a financial crisis for re-election demagoguery?