Are you frakking kidding me?

President Obama’s four years in the Presidency have been a colossal failure and WE, Americans, are NOT BETTER OFF than four years ago.

It is funny that Obama is running ads featuring President Bill Clinton.

President Obama, you are NOT Bill Clinton.

If American voters, re-elect Obama, they can look forward to another four years of a stagnant economy and increasing unemployment. In addition, more and more state/local governments will be facing bankrupty.

The choice is clear!

Male voters currently prefer Mitt Romney over Barack Obama by an eight-percentage-point margin, while female voters prefer Obama over Romney by an identical eight points. These gender-gap figures, based on Gallup Daily tracking conducted July 30-Aug. 19, are virtually identical to what they were four months ago.

The impact of gender on the presidential race has received a renewed focus in recent days after Missouri Republican senatorial candidate Todd Akin’s controversial comments about rape and abortion. It’s too early to tell if this incident and the resulting fallout will have a long-term impact on the presidential gender gap, but from a broad perspective, Gallup’s large sample sizes show a remarkable stability by gender since tracking began in mid-April.

This is not really a surprise since a gender gap has been known to exist for some time.

But, will the Todd Akin flap about legitimate rape flip a few more women to the Democrats. It remains to be seen and Akin could still quit the race – and the GOP will do what it can to force him out.

The gender gap in presidential preferences has not changed over the last four months, with men preferring Romney over Obama by eight points, while women prefer Obama by an identical margin.

The nature of the gender gap varies significantly across demographic segments. Support for Obama is so strong among black voters that gender makes little difference, but both white and Hispanic women are more likely to support Obama than are men in each of these groups. Women are more strongly for Obama than are men across all age groups, and the gender gap is starkly evident among voters with postgraduate education.

“Slow” Joe Biden has done it again – committed another gaffe.

Mr. Vice President, we live in the 21st century and have been for over twelve years.

Hillary may be warming up in the bullpen. But, Obama better move quick.

President Barack Obama has slightly more than 22 days to drop Vice Presidential Joe Biden from the 2012 Democratic presidential ticket, according to lawyers familiar with the party nominating process. That is, Democrats have until September 6 to formally nominate their presidential ticket which will then be qualified for the 50 state ballots.

I cannot help but laugh at Matt Drudge’s screencap of dry, dying Iowa corn in back of President Obama.

Today, it has been all Romney and his Vice Presidential running mate Paul Ryan. No Hope and Change exuberant crowds for the President as he embarks on a three day campaign tour of Iowa.

President Barack Obama often says Iowa holds a special place in his heart. Iowans in 2008 lifted him from underdog presidential hopeful to Democratic caucus winner, and gave him 54 percent of the vote in that year’s general election.

He began a three-day bus tour through the state today on less sure footing, with polls showing Iowa up for grabs in November. Republican presidential candidate Mitt Romney sent his newly-announced running mate, Representative Paul Ryan of Wisconsin, to the Iowa State Fair today to try to steal some of Obama’s thunder.

The Obama campaign is not playing to big “Hope and Change” crowds.

Of course, Obama is not running against a lame duck unpopular President George W. Bush (Iraq War and Katrina, among a number of issues) and an “aged” POL in John McCain with an inexperienced Governor of Alaska as the VP.

But, where has the Obama campaign “magic” gone?

Down the drain with disastrous policy choices, unemployment above 8 per cent and a stagnant economy.

With the Romney choice of Ryan, there will be no negative (“stupid POL”) Sarah Palin demonization. Obama and Biden will have to run on their records of governance.

Good luck with that…..

Well, you knew it was bound to happen – Paul Ryan being heckled.

The LEFT likes to push the Alinsky tactics and maybe just maybe they can generate a Macaca moment or a McCain red in the race tantrum.

Paul Ryan though is from Wisconsin and with all of the BS protests Wisconsin Governor Scott Walker had to undergo, I think he is prepared – with a thick political skin.

But, the amount of outrage and push from the LEFT, so far in the social media world regarding Ryan, has been mild so far as compared to when Sarah Palin entered the arena.

Perhaps, the push back from the RIGHT social media has been exponential in growth or Ryan is just such a good candidate. 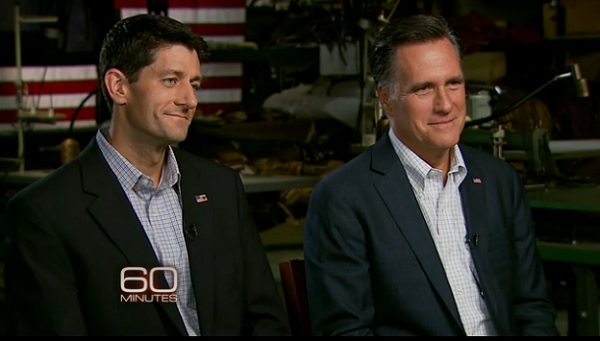