Just in the e-mail.

Good ol’ photoshop… But, funny none the less. 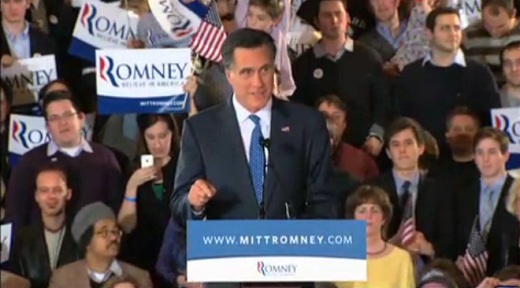 First, there is Newt going ballistic at Mitt Romney:

Newt should probably be mad about his abysmal campaign response to Romney’s negative television ads who everyone knew were going to hit him.

Then, there is Rick Santorum going after Ron Paul.

Santorum blamed his rival for Iowa robo calls that claimed that the former U.S. senator from Pennsylvania was Pro-Choice and against the second amendment.

There will be some bad blood among the GOP ranks after Iowa tonight.

But, hey, isn’t that politics?

More from an early book written by Ron Paul or does Paul disavow writing this too?

Texas Rep. Ron Paul has distanced himself from a series of controversial newsletters from the 1980s and 1990s that bore his name and included inflammatory and racially charged language.

As the newsletters burst into view, first during his 2008 presidential bid and again in recent weeks after he climbed to the front of the Republican race in Iowa, Paul has blamed the writings on ghostwriters. He said he was not aware of the “bad stuff,” as he described it.

But one of Paul’s own books, published solely under his name, contains several passages that could be problematic as he attempts to push his libertarian message into the political mainstream.

In his 1987 manifesto “Freedom Under Siege: The U.S. Constitution after 200-Plus Years,” Paul wrote that AIDS patients were victims of their own lifestyle, questioned the rights of minorities and argued that people who are sexually harassed at work should quit their jobs.

Read the rest, but it is the same ol’ extremism and cranky weirdness from Ron Paul.

The same characters from the White Supremacy Movement are supporting Ron Paul for President.

As you recall, during the 2008 Presidential campaign I had a lot to say about the issue.

I guess voters have a short memory.

Ron Paul was a hot topic this week on the talk radio show hosted by prominent white supremacist Don Black and his son Derek. Mr. Black said he received Mr. Paul’s controversial newsletters when they were first published about two decades ago and described how the publications were perceived by members of the white supremacist movement. Former KKK Grand Wizard and Louisiana Congressman David Duke also phoned in to explain why he’s voting for Mr. Paul.

“Everybody, all of us back in the 80′s and 90′s, felt Ron Paul was, you know, unusual in that he had actually been a Congressman, that he was one of us and now, of course, that he has this broad demographic–broad base of support,” Mr. Black said on his broadcast yesterday.

Mr. Black is a former Klansman and member of the American Nazi Party who founded the “white nationalist” website Stormfront in 1995. He donated to Mr. Paul in 2007 and has been photographed with the candidate. Mr. Paul has vocal supporters in Stormfront’s online forum. Mr. Black has repeatedly said he doesn’t currently think Mr. Paul is a “white nationalist.”

Mr. Paul’s newsletters contained threats of a “coming race war,” worries about America’s “disappearing white majority and warning against “the federal-homosexual cover-up on AIDS.” He has since denied writing the newsletters, which appeared under his own name.

“I didn’t write them, I disavow them, that’s it,” Mr. Paul said in a tense CNN interview.

On Monday, Mr. Black said he originally believed the newsletters were written by Mr. Paul.

Yeah,  Ron Paul continues to receive support, including campaign cash  from these folks. He disavows what they say but accepts the support anyway.

The White Supremicists think Ron Paul is one of their own – same ol’ story.

Probably the first of many attacks on Newt as he has become the front-runner in the GOP Presidential nomination race. But, will Ron Paul’s attack stick?

The video does not hit Newt over his recent support for amnesty, but does detail: 1) Newt’s partnership with Nancy Pelosi in support of climate change legislation; 2) Newt’s support of TARP; 3) Newt’s attack on Paul Ryan’s budget as “right-wing social engineering; 4) the fact that Newt took more than $1.5 million from Freddie Mac to lobby Congress; and 5) the fact that Newt’s think tank took $37 million from the health care companies that support individual mandates.

Paul Ryan is quoted in the ad saying, “With allies like that, who needs the left?” And Rush Limbaugh clips are prominently featured, including his claim that Newt’s attack on Ryan “supports the Obama administration.”

The video raises valid issues, but what are voter’s alternatives?

Mitt Romney, who has similar issues?

At this point, Newt Gingrich is looking like the Teflon Candidate.