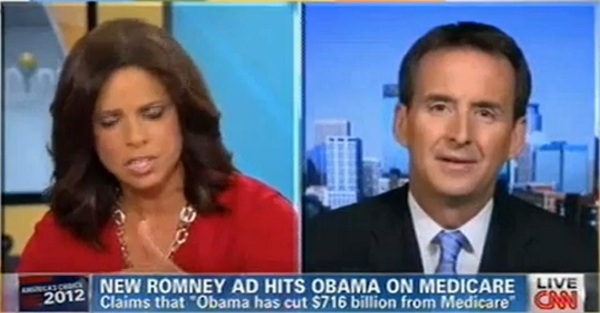 Soledad O’Brien makes an ass out of herself again. This time it is about a Mitt Romney ad about Medicare.

On Wednesday’s Starting Point, host Soledad O’Brien had a chat with Romney surrogate Tim Pawlenty about a new campaign ad claiming that President Barack Obama has cut $716 billion from Medicare.

“The CBO would say, and has said, it really is a reduction over 10 years in spending,” said O’Brien. “That’s from their March 30, 2011 report. The payment rates for most services, permanent reductions in the payment rates. But the next thing it says in that ad, ‘money you paid for guaranteed health care.’ But isn’t that just specifically not true? I mean, it’s not money anybody’s paid yet. It’s future spending, which still goes up. Isn’t that just patently untrue in that ad?”

“No. That’s not correct, Soledad,” Pawlenty replied. “There’s only one person in this race of the candidates running, president or vice president, who has proposed, signed into law, and voted for an actual cut in Medicare — and it’s a big one, and that’s the $716 billion — and his name is Barack Obama.”

The two then argued over whether to define the amount as a “cut” or a “permanent reduction.”

“i know exactly what it is,” Pawlenty told her. “Here’s what it is: it’s cuts to payments to medical providers so over the next 10 years, they’re going to get paid less than they would have otherwise been paid, which has all sorts of market implications.”

“No matter how you say this, it’s a cut to Medicare,” Pawlenty reiterated. “…you can’t even, with a straight face, look your viewers in the eye and tell you it’s not a cut in Medicare.”

“Well, I can’t look viewers in the eye from where I am,” joked O’Brien, adding that “I’m not saying either thing; I’m saying, the way the CBO puts it, I will read: ‘The permanent reduction in annual updates to payment rates for most services.’ That is a savings, if you’re talking about it — ”

“Do you know what that is in English?” asked Pawlenty.

“I speak English incredibly well, sir, as you know,” she replied.

“You can’t — there’s no way you can present that in any other way,” Pawlenty repeated later.

“Or you could call it a savings,” O’Brien told him.

Soledad is trying her best to trash the Romney Campaign, but alas her performance, like with her past efforts is lacking. 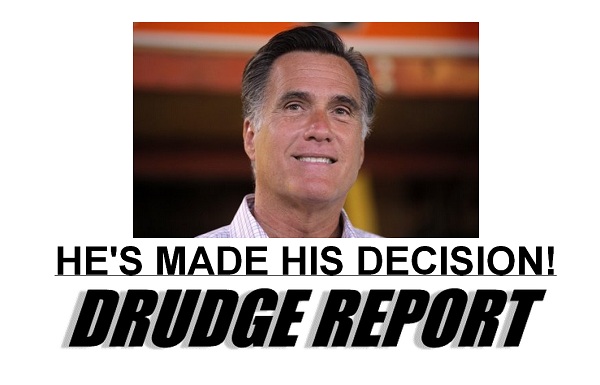 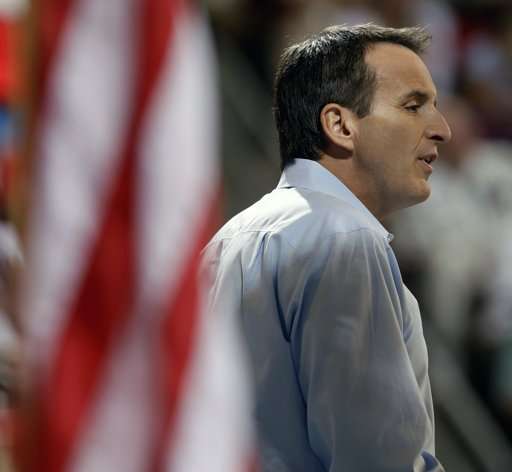 
Tim Pawlenty, the former governor of Minnesota, dropped his bid for the Republican nomination for president on Sunday morning, saying his disappointing performance in Iowa’s straw poll convinced him that his campaign had run its course.

According to the latest TIR Poll.


Minnesota Congresswoman Michele Bachmann has surpassed former Massachusetts Governor Mitt Romney in a recent Iowa poll that was conducted by TheIowaRepublican.com.  With Bachmann now leading in Iowa, Romney has fallen to second place, but he is still well ahead of third place finisher Tim Pawlenty, who has overtaken Herman Cain my a miniscule margin.

Bachmann received support from 25 percent of likely Iowa caucus goers in the poll, while Romney is backed by 21 percent.  The poll also shows signs of growth for former Minnesota Governor Tim Pawlenty, who now stands in third place in statistical tie with Herman Cain at just under nine percent.  Ron Paul finished with six percent, Newt Gingrich with four percent, Rick Santorum with two percent, and Jon Huntsman rounded out the field with one percent.

Bachmann’s campaign has taken off like a rocket since participating and announcing her presidential intentions during the CNN debate in New Hampshire last month.  Here in Iowa, Bachmann has been playing up her Iowa roots.  She officially announced her candidacy in Waterloo, the town in which she was born and spent her formative years.  The night before she made her announcement, Bachmann’s campaign hosted a rally for 500 locals who came to welcome her home.

While Bachmann’s lead over Romney is just within the margin of error, the poll’s cross tabs show how much momentum her campaign has generated in Iowa.  Her favorability is ten points higher than Romney’s, who had the second highest number in that category.  Her unfavorable figure is 14 points lower than Romney’s, giving her a stellar plus 65 favorability margin.  Her numbers suggest that Bachmann has found a very effective way to appeal to caucus goers.

The conventional wisdom is that Michele Bachmann will win the Iowa Caucuses and that Romney (who is not contesting Iowa) will finish second or third. Then, Romney who has a commanding lead in the New Hampshire polls will win there.

The only question will whether Tim Pawlenty can finish a close second to Bachmann or whether he will finish a distant third. In all reality, should Pawlenty finish third in Iowa, his campaign may be over.

According to the latest Suffolk University Poll.

Bachmann’s gain was more than that of any other candidate. Romney, with 36 percent support, gained 1 point since Suffolk University’s last Granite State poll was released nearly two months ago.

Michele Bachmann distinguished herself in he Manchester, New Hampshire debate a few weeks ago and it is paying her dividends in the polls.

Among those who watched the Republican Presidential debate in Manchester earlier this month, 33 percent said Romney won the debate, while 31 percent gave the win to Bachmann.

GOP Primary election with Sarah Palin as a candidate:

GOP Primary election without Sarah Palin as a candidate:

Michele Bachmann is polling well in Oregon and this poll and in other states are being referred to as the Bachmann “Surge.” The LEFT is sure picking on Michele with “gotcha moments” with everything she says.

I guess they can read the polls too.

After a well received debate performance, Michele Bachmann has surged forward. Before the debate, Bachmann garnered 8% nationally; but she has more than doubled this level of support in the three states PPP has polled the primary since the debate. However, if Sarah Palin runs, this isn’t enough to claim the lead in Oregon. Mitt Romney takes the lead with 28%, followed by Bachmann with 18%, Palin with 16%, Ron Paul with 9%, Herman Cain with 8%, Newt Gingrich and Tim Pawlenty with 6%, and Jon Huntsman with 0% support.

If Palin does not run, Bachmann is the clear choice of Palin’s supporters while Romney picks up an insignificant share. Bachmann leads with 29% to Romney’s 28%, Paul’s 10%, Gingrich’s 9%, Cain’s 7%, Pawlenty’s 6%, and Huntsman’s 2%. Bachmann’s strength lies in her appeal to very conservative voters who make up 44% of GOP voters in Oregon. If Palin runs, Bachmann wins very conservatives with 24% to Romney’s 22%. This margin is expanded to a 37-26 lead without Palin.