Rep. William Jefferson, D-La., who gained notoriety after the FBI found $90,000 in his freezer, was elected Saturday to a ninth term in Congress.

Jefferson defeated Democratic state Rep. Karen Carter in a runoff — even though Carter had secured all the major endorsements and had a better funded campaign, the New Orleans Times-Picayune reported.

Jefferson secured a majority of the votes in black neighborhoods in New Orleans and also won in Jefferson Parish, where Sheriff Harry Lee campaigned against him.

Flap can hardly wait for the indictment and trial.

Karen Carter should keep her campaign posters handy. She will be running again soon.

Louisiana has a non-partisan system in which the two top candidates in the general election face each other in a runoff if no one wins more than 50 percent of the vote.

Jefferson won 30 percent of the vote in the first election, more than any of the dozen or so candidates seeking to unseat him. Most political observers speculated that the anti-Jefferson forces would unite behind Carter, giving her an easy win.

The congressman remains the target of a federal investigation for allegedly taking payoffs. Alleged co-conspirators have pleaded guilty, and Jefferson has said he expects to be indicted. 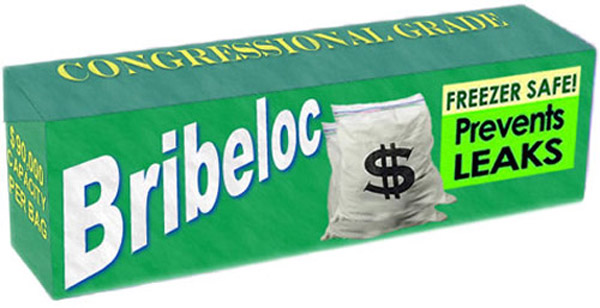 Republican lawmakers and aides left male pages vulnerable to Rep. Mark Foley (news, bio, voting record)’s improper sexual advances even though the first concerns surfaced more than a decade ago, the ethics committee said Friday in its report into an election-year scandal that convulsed the House.

The committee said one witness testified he warned the head of the page board, Illinois Rep. John Shimkus (news, bio, voting record), a year ago that Foley was a “ticking time bomb” who had been confronted repeatedly.

The GOP Leaders knew and they did nothing to protect the male pages.

The Democrats knew and they played politics with the knowledge:

If Republicans were criticized for failing to confront Foley more aggressively, Democrats also figured in the investigation.

The committee said that one aide, Matt Miller, had possession of suggestive computer messages written by Foley, and passed them along to reporters as well as a communications aide at the Democratic Congressional Campaign Committee.

House Speaker Dennis Hastert should have RESIGNED and he may have saved GOP sets in the November election.

But, as the report acknowledges – POLITICS AS USUAL

And the GOP paid the price…..

Speaker of the House Dennis Hastert Watch: Hastert on the Laura Ingraham Show

And will the Iraq War go the way of Vietnam?

The Hill: GOP furious about timing of Rumsfeld resignation

President Bush is VERY SMALL doing this to Donald Rumsfeld as a direct result of election 2006. Where has the President been the past year?

If the President wishes to change Iraq War policy – change it.

But, don’t throw your friends overboard.

Flap predicts the President has accelerated his LAMEDUCK status with conservatives and will have little power to direct future GOP policy.

The Day: Lieberman’s Independence May Not Include Democratic Party

Sen. Joe Lieberman’s press conference Wednes-day at the Goodwin Hotel had been billed as a chance for the senator to elaborate on what he’d proclaimed the night before â€” that his re-election as an independent would send him back to Washington shorn of his obligations to parties and political concerns.

But if the press conference was any indication, the nature of Lieberman’s new role is a work in progress.

On the one hand, the senator, repeating a line from his victory speech Tuesday night, pronounced his win a â€œdeclaration of independence from partisanship.â€

Moments later, however, he was assuring reporters that he was still a member in good standing of the Senate Democrats, still in line to retain the perks that partisan affiliation provide, such as his position as ranking member and potential chairman of the Senate Homeland Security Committee.

The Senate Democrat Leadership will give Lieberman whatever he wants. If not…….The GOP takes back control of the United States Senate.

Joe has Harry Reid et. al. by the short hairs……

As the NUTROOTS crowd goes wild……..

Stay tuned…..Joe has not had the last laugh yet.

The Jihadists and their United Nations appeasers………..